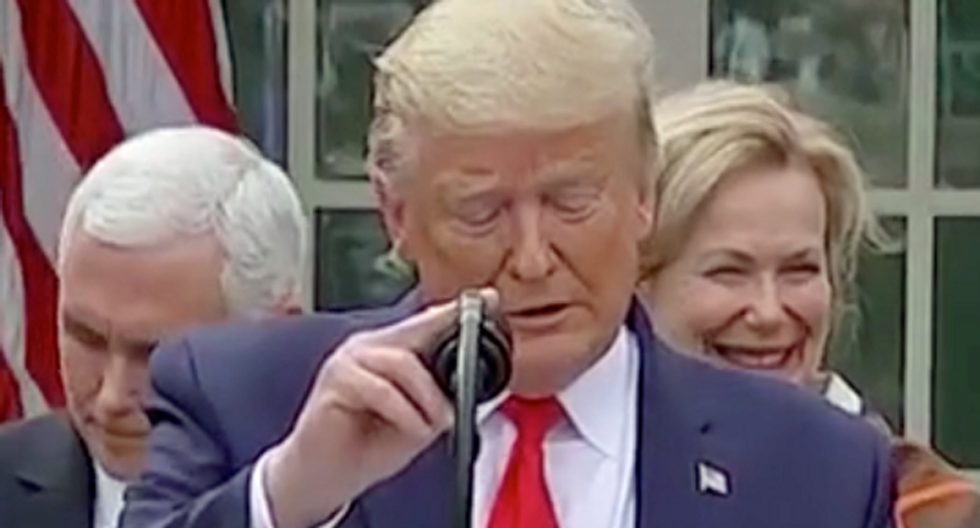 Right-wing conspiracy theorists and supporters of President Donald Trump bombarded an Illinois mayor after he declared coronavirus an emergency because they don't believe it's a crisis.

The New York Times reported Tuesday, Champaign, IL Mayor Deborah Frank Feinen, like many leaders, is being forced to respond to the coronavirus. After issuing an emergency declaration, she was bombarded with an attack from the National Rifle Association sending out a “national alert” saying “anti-gun extremists” were moving “to undermine our firearms freedom.” Non-stop attacks followed.

“We were talking about how to get food to kids when schools were closed, and suddenly I’m getting Facebook messages about how I’m violating the Constitution and taking away people’s rights,” said Feinen.

So, while she was trying to care for people in her city, coordinating fire and police departments, gathering emergency supplies, helping small businesses handle closures, she's being faced with attacks and watching for dangerous death threats.

It has been 48 days since the first person in the United States was discovered with coronavirus. But it's been less than a week since the president decided to declare an emergency. It has been about two weeks since Trump was denying it was anything other than the flu.

Fox News has carried Trump's water, telling it's aging viewers that it was all hysteria and liberal media lies. A new NBC-Wall Street Journal poll revealed 81 percent of Republican voters say Trump has done well handling the crisis. But 84 percent of Democrats say the opposite. Trump's Republicans are now fearful that the government will go too far responding to the crisis (54 percent) vs. Democrats (31 percent).

Oklahoma Gov. Kevin Stitt (R) was forced to delete a tweet bragging about eating out in a packed restaurant when people were already beginning to self-isolate. 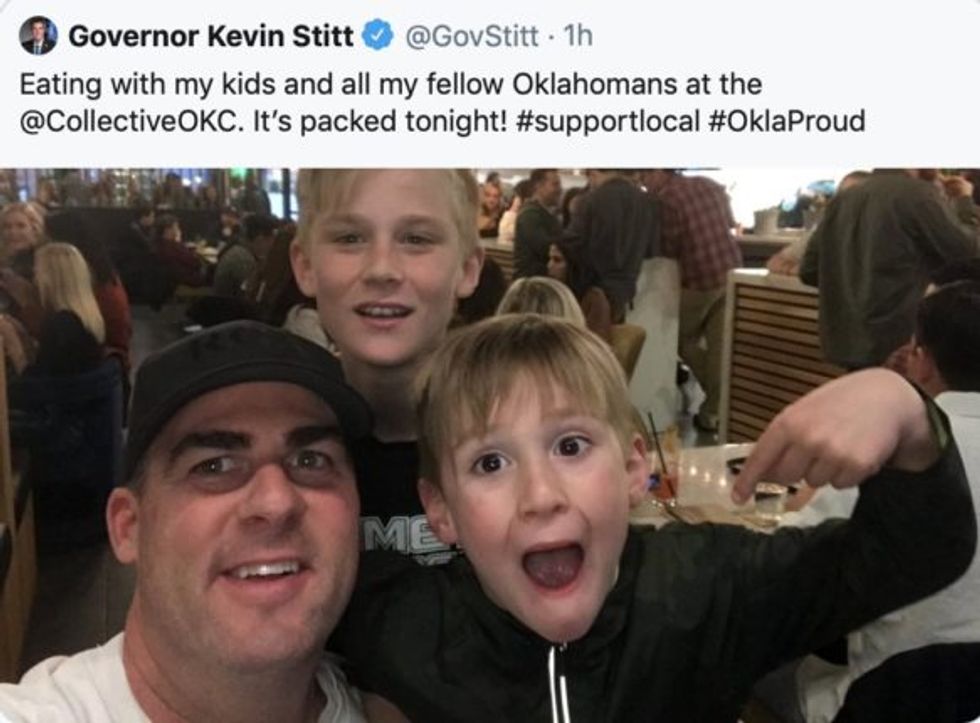 Online, MAGA fans, conspiracy theorists, and right-wingers are calling the virus nothing more than a "false flag," denying that it's real.

They want to kill off the elderly! They are separating everyone with their new buzz phrase: “SOCIAL DISTANCING”… https://t.co/pchd01KlOQ
— Jackie (@Jackie)1583975594.0

CoronaVirus is a DEM FALSE FLAG as it's NOT a horrendous, dangerous, epidemic like bubonic plague! IT IS A VERSION… https://t.co/ZodtatNL3D
— AmericanWoman🗽🇺🇸 (@AmericanWoman🗽🇺🇸)1584356791.0

There has been a flood of Trump-loving religious leaders begging people to come to their churches and book signings. Trump-loving politicians are flocking to parrot his past talking points. It's only now that the president has figured out that the virus is going to kill a lot of people and not only is he not prepared, the country isn't either.

Read the full write-up of the Trump supporters who are making things worse.