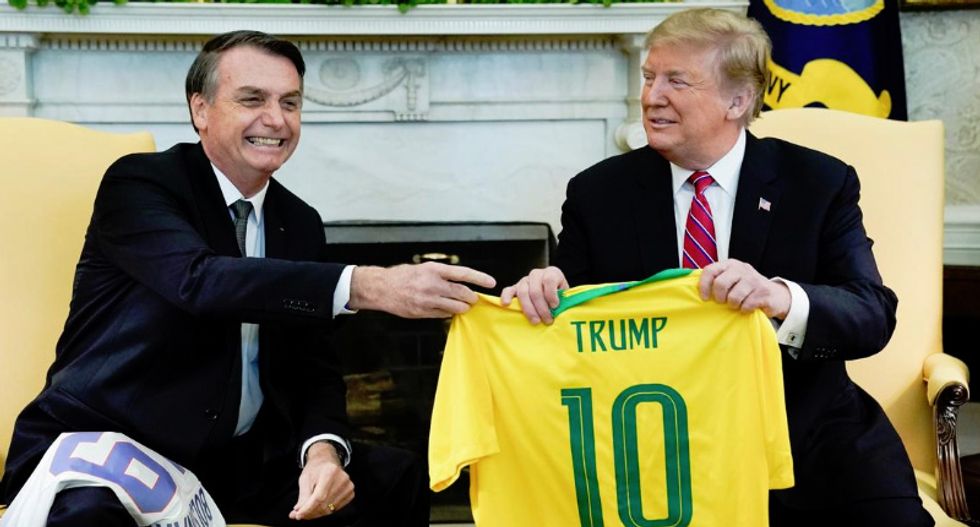 President Donald Trump said Friday he will be hosting his Brazilian counterpart Jair Bolsonaro for dinner at his Florida resort this weekend.

"We're having dinner at Mar-a-Lago. He wanted to have dinner in Florida," Trump said.

The US president said the event would be "today" but the White House later clarified that it would be on Saturday.

"As leaders of the hemisphere's two largest economies, they will also discuss opportunities for restoring democracy in Venezuela, bringing peace to the Middle East, implementing pro-growth trade policies, and investing in infrastructure," the White House said.

"The president will use this meeting as an opportunity to thank Brazil for its strong alliance with the United States."

Bolsonaro was elected in 2018 on a right-wing message of cracking down on crime and loosening restrictions on industrial agriculture in the country's threatened Amazon rainforest.

An admirer of Brazil's former military dictatorship, Bolsonaro openly modeled his campaign on Trump and has sometimes been dubbed the "Trump of the Tropics."