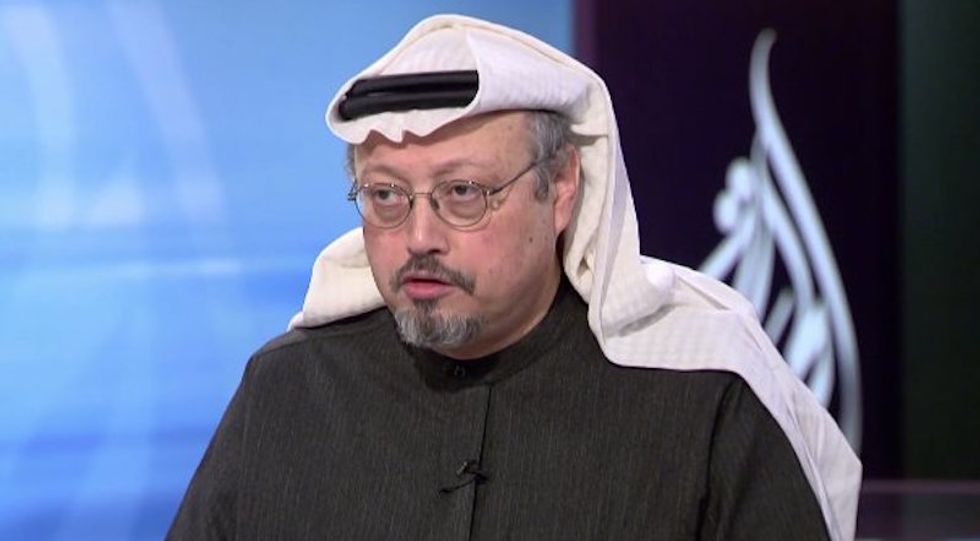 Seventeen months have passed since the October 2018 murder of journalist and Washington Post columnist Jamal Khashoggi inside the Saudi Consulate in Istanbul, Turkey by a Saudi hit squad. President Donald Trump has maintained that Saudi Crown Prince Mohammed bin Salman (MBS), who he considers a valuable U.S. ally, played no part in the assassination — that the killers acted without his knowledge. But Trump’s critics have accused him of being disingenuous. And the Washington Post’s editorial board, in an editorial published on March 8, slams Trump for continuing to “stonewall” Congress about Khashoggi’s murder.

“The Trump Administration has repeatedly defied the law in resisting efforts by Congress to enforce accountability for the murder of Saudi journalist Jamal Khashoggi,” the editorial asserts. “The latest instance came last month, when the administration responded — a month late — to a requirement in last year’s defense authorization act for an unclassified report identifying anyone implicated in ‘the directing, ordering or tampering of evidence’ in the case of Khashoggi.”

CIA Director Gina Haspel has said that she believes MBS played a direct role in Khaghoggi’s murder, and the Post notes that in 2019, a United Nations (UN) report had the same view. But the Post stresses that regardless, Trump has continued to be evasive.

“The administration’s stonewalling flouts legal requirements in more than one respect,” the Post’s editorial board explains. “The State Department is required by human rights legislation to sanction foreign actors who have been credibly identified as responsible for human rights crimes.”

Moreover, the editorial adds, the Office of the Director of National Intelligence (ODNI) has “now acknowledged — albeit in a classified context — that the crown prince was involved in a particularly heinous crime: the premeditated butchering of a journalist who was a U.S. permanent resident. Yet rather than follow the law, the Trump Administration continues to cover for the Saudi strongman.”

The editorial lambasts the Trump Administration for failing to release an unclassified report that offers insights on Khashoggi’s death, noting that Sen. Richard Burr (Republican chairman of the Senate Intelligence Committee) and Democratic Rep. Mark Warner of Virginia have sent a letter to Richard Grenell, acting intel director, “asking him to reconsider the decision not to release an unclassified report.” And the Post’s editorial board concludes the editorial by noting a “more forceful measure” being proposed by Democratic Sen. Ron Wyden of Oregon.

Wyden, according to the Post, “says he will invoke a law allowing the Intelligence Committee to vote to release classified information in its possession. Following through on that would probably require a vote by the full Senate, which could not succeed unless Republicans supported it. They should. At stake is not only whether the administration will disclose what it knows about the horrific murder of a journalist, but also, whether Congress will insist on compliance with its lawful mandates.”