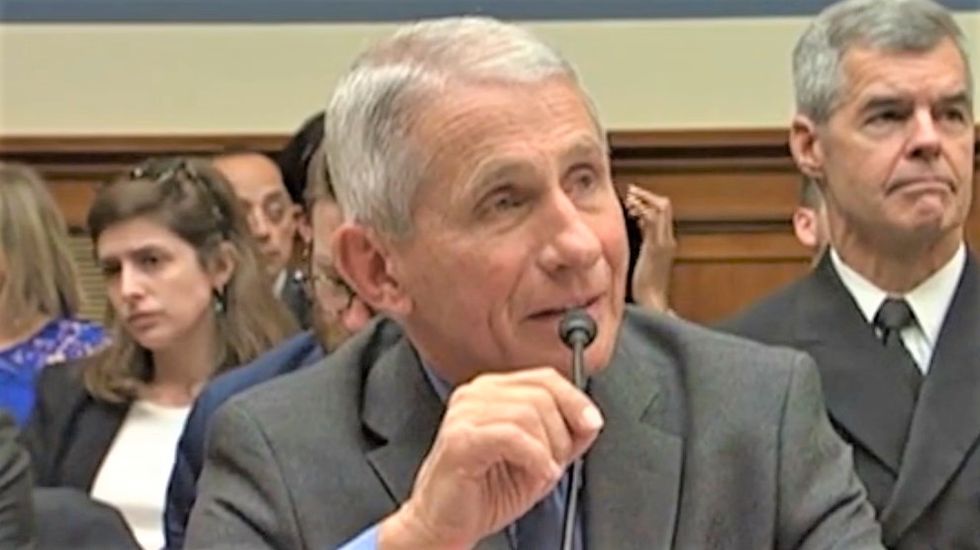 Rep. Debbie Wasserman-Schultz (D-FL) on Thursday found herself unnerved after a top health official admitted that the government is failing to provide adequate testing for coronavirus.

During testimony on Capitol Hill, Dr. Anthony Fauci, the director of the National Institute of Allergy and Infectious Diseases, told lawmakers that the United States has fallen far short of where it needs to be in terms of coronavirus testing.

After Wasserman-Schultz asked him if there was anyone in charge who was ensuring that there were enough testing kits for everyone who needs them, Fauci delivered a blunt assessment of the current system.

"The system is not really geared to what we need right now, what you are asking for," he said. "That is a failing."

"It is a failing," he replied. "Let's admit it. The fact is the way the system was set up is that the public health component that Dr. Redfield was talking about, was a system where you put it out there in the public, and a physician asks for it, and you go get it. The idea of anybody getting it easily the way people in other countries are doing it, we're not set up for that. Do I think we should be? Yes. But we're not."