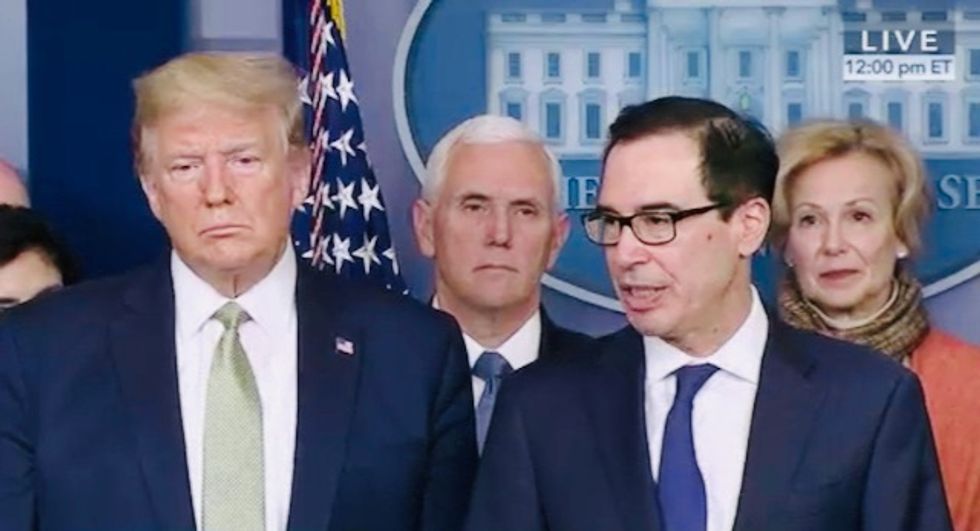 Secretary of the Treasury Steve Mnuchin has just announced two major programs to help Americans during the coronavirus crisis. He says he’s “looking at sending checks to Americans immediately…Americans need cash now and the president wants to get cash now. And I mean now, in the next two weeks.”

He also announced that Americans who owe or will owe the IRS a payment can defer those payments without incurring interest charges for 90 days. He did not mention details, but presumably filing taxes on time is a component of that.

The deferment extends to payments of up to $1 million.

Mnuchin did urge those who are getting a refund to file as soon as possible to help put cash into their hands.