'We are going to WIN': Trump tweets as his coronavirus response faces criticism 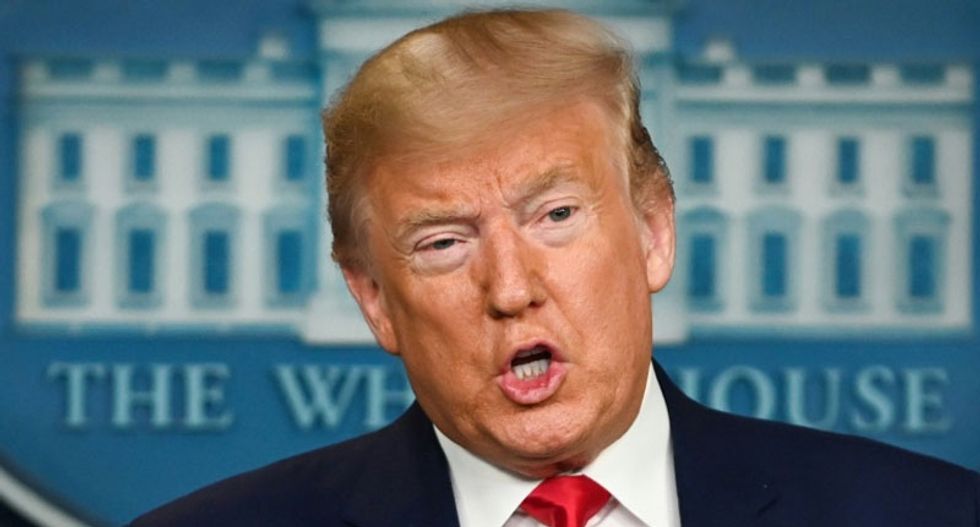 On Thursday morning, President Donald Trump took to Twitter as he faced ongoing criticism for his administration's response to the coronavirus pandemic:

It is unclear what Trump is actually promising to do, or whether he is in fact promising anything.

The president's plans for combating coronavirus are very much still up in the air. After weeks of claiming the virus was a "hoax" to discredit his presidency, or else that it would vanish soon, his administration is finally moving forward with health recommendations, and are in bipartisan talks with Congress about an economic relief effort.