‘We were flying through the air’: Tennessee couple hid in the bathtub as tornado lifted their house off the ground 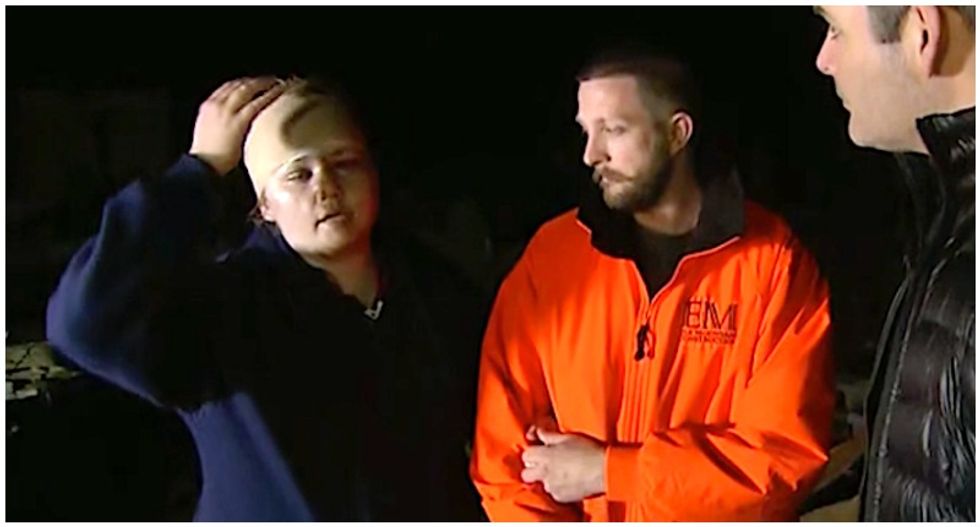 In an amazing story that emerged out of Tennessee in the wake of a devastating tornado that claimed the lives of at least 24 people, a couple talked about how they took cover in their bathtub as the twister actually lifted their home off the ground and carried it through the air.

Speaking to CBS News, Seth Wells and Danielle Theophile said they were woken up on Tuesday morning by a tornado warning delivered by cellphone. When they heard the incoming winds, they ran to the tub.

“We were flying in the air, into the trees back there, where once we hit those trees, the house... it just exploded. The house just disintegrated,” Wells said, adding that he thinks the house flew a distance of around 50 yards.

The two sustained minor injuries, although Theophile needed stitches for a gash in her forehead. According to CBS News, Theophile asked Wells to marry her after the ordeal, and he reportedly said yes.

Watch CBS News' report on the story below:

After covering countless tornadoes, I've never heard the type of the story that we shared today on @CBSThisMorning.… https://t.co/5HdIjfaUZC
— David Begnaud (@David Begnaud) 1583325074.0