What would an Olympics cancellation cost Japan? 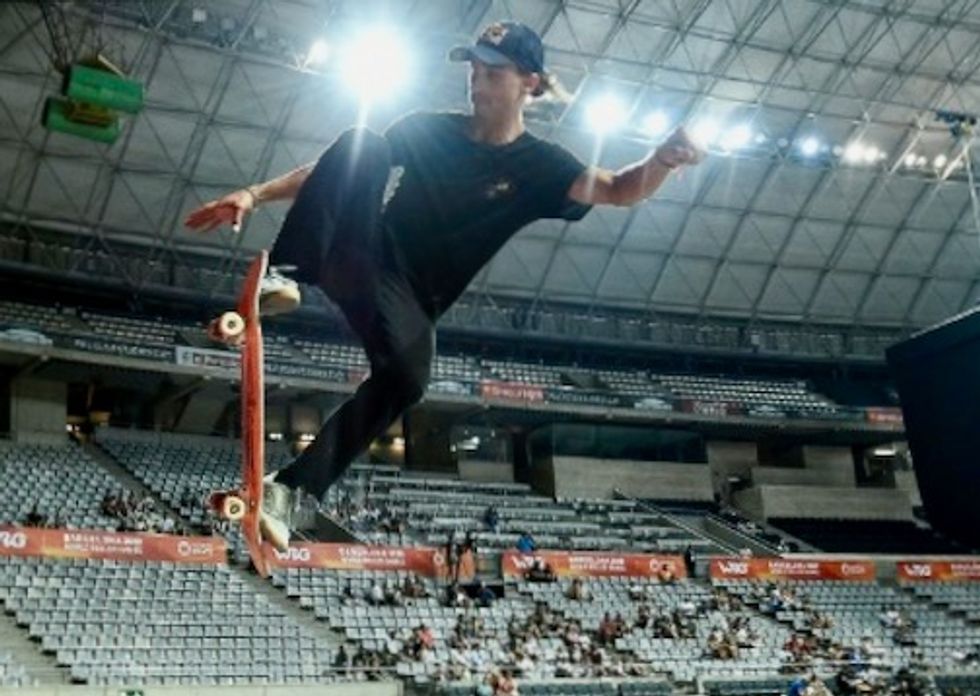 Japan and Olympic organisers are at pains to insist this summer's Games in Tokyo are on, despite the new coronavirus outbreak, but what would a cancellation cost the world's third-biggest economic powerhouse?

With a dearth of reliable figures, opinions vary, yet experts all agree on one point: Games or no, the main risk to the Japanese economy this year is a prolonged global coronavirus epidemic.

What has the Games cost Japan?

But the actual costs for the country have been hotly debated, with a widely publicised audit report estimating national government spending from the bid in 2013 until 2018 at 1.06 trillion yen, nearly 10 times the budget.

Japanese businesses have also poured money into the event in sponsorships, paying out a record 348 billion yen ($3.3 billion).

And that figure doesn't include the partnerships signed between major companies and the International Olympic Committee for rights to sponsor several Games. Among those are giants including Japan's Toyota, Bridgestone and Panasonic.

Which sectors would be affected?

According to analysts at Capital Economics, one key factor to consider in terms of how a cancellation might hit Japan's economy is that most of the spending has already happened.

That means the effects of outlays, most notably on construction of new sporting venues, has already been factored into GDP in recent years.

But a cancellation would be a drag on tourism, as well as general consumption in the country, already under pressure after a controversial sales tax hike last year.

Tourism in Japan was already hit before the virus, amid a diplomatic spat with South Korea that prompted boycott calls. Visitors from South Korea previously made up the second largest contingent of tourists to Japan, behind only China.

And with the virus outbreak, Japan has seen a further fall in South Korean numbers, as well as a plunge in travellers from China, which together accounted for nearly half the 31.9 million foreign visitors to the country in 2019.

Japan has an industrialised and diversified economy not heavily reliant on tourism, with foreign visitor expenditures making up just 0.9 percent of GDP in 2018, according to economic research organisation CEIC.

But with domestic spending already weak, the hit from a cancellation could ripple through and further depress local purchasing.

What would the impact on GDP be?

Economists at research firm Nomura already predict a 0.7-percent contraction in GDP for the 2020 calendar year, but warn that could be up to 1.5 percent if the Games are cancelled.

Takashi Miwa, an economist at the firm, told AFP the main impact would be on domestic spending, because a cancellation of the Games "would badly affect Japanese consumer confidence".

It could also deprive the country of 240 billion yen ($2.28 billion) in spending from foreign spectators expected to attend the Games, he added.

The Tokyo 2020 organisers decline to say how many foreign visitors they expect to visit Japan specifically for the Games.

So far 4.5 million tickets have been sold in Japan, with around 7.8 million expected to be sold overall, 20 to 30 percent of them internationally.

Japan's tourism ministry in 2018 projected around 600,000 foreign spectators would come for the Olympics.

Using a more modest projection of 300,000 foreign visitors for the Games, economists at SMBC Nikko Security forecast a cancellation and continued spread of the virus would shrink Japan's GDP growth by 1.4 percent.

That forecast assumes the virus is still spreading globally in July, forcing the cancellation. The group estimates a 0.9-percent drop to GDP growth if the outbreak ends in April.