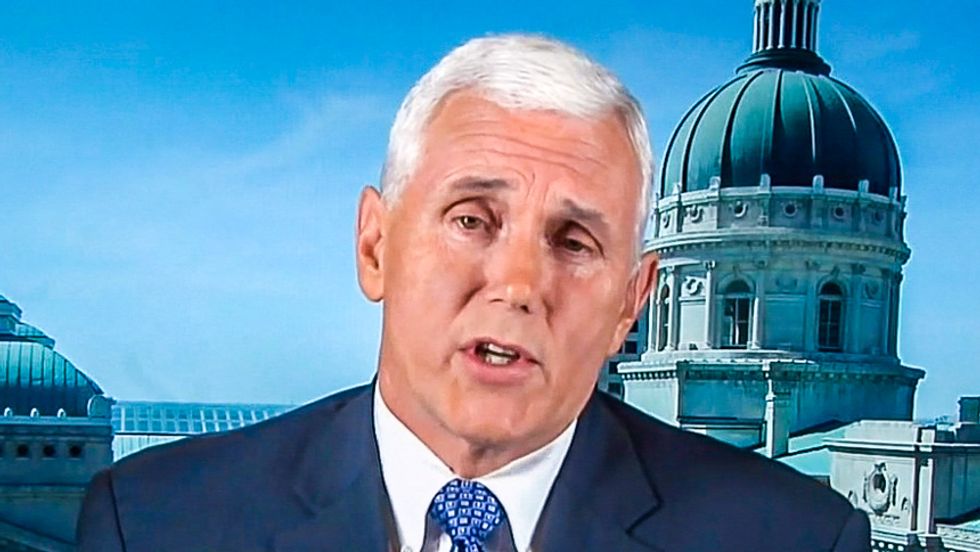 According to a report from Politico, Donald Trump's White House has turned into a hotbed of finger-pointing and squabbling as the coronavirus pandemic outraces the administration's ability to quash it.

Among other issues is the apparent inability of Vice President Mike Pence's office to get a handle on its priorities as the epidemic spreads disrupting daily life in the U.S. and deaths mount.

The report states, "The White House descended into a flurry of recriminations and meetings on Monday as staffers quarreled over how to control a deepening public health and economic crisis."

"Officials, like Treasury Secretary Steven Mnuchin, had been urging staff not to overreact, while other aides advocated dramatic measures, such as shutting down borders, stopping cruise ship travel and expanding travel restrictions," wrote Politico's Nancy Cook, before pithily adding, "Then there was the blame game."

She continued, "One senior administration official blamed the national security staff for bungling the early coronavirus response. Other aides blamed the vice president’s office, which has taken the lead on the response, before quoting an anonymous White House official complaining, “The Office of the Vice President seems way in over their heads. They don’t know what they’re doing.”

The chaos has also extended to Trump's economic team with CNBC reporting, "some officials were stunned by Trump’s claim Monday that he would hold a press conference Tuesday to announce an economic plan,” and one official tells the network that Trump’s declaration “was news to everyone on the inside.”

According to the Politico report, the problem extends even further.

"Some aides took issue with Centers for Disease Control and Prevention Director Robert Redfield, who’d dutifully stood by Trump during his Friday visit to the Atlanta agency and commended the president for his 'decisive leadership.' Trump, for his part, continued to denigrate the media and Democrats on Twitter for overhyping the coronavirus threat."