‘You’re a disaster’: Trump destroyed for cheerful coronavirus message as ‘everything is falling apart’ 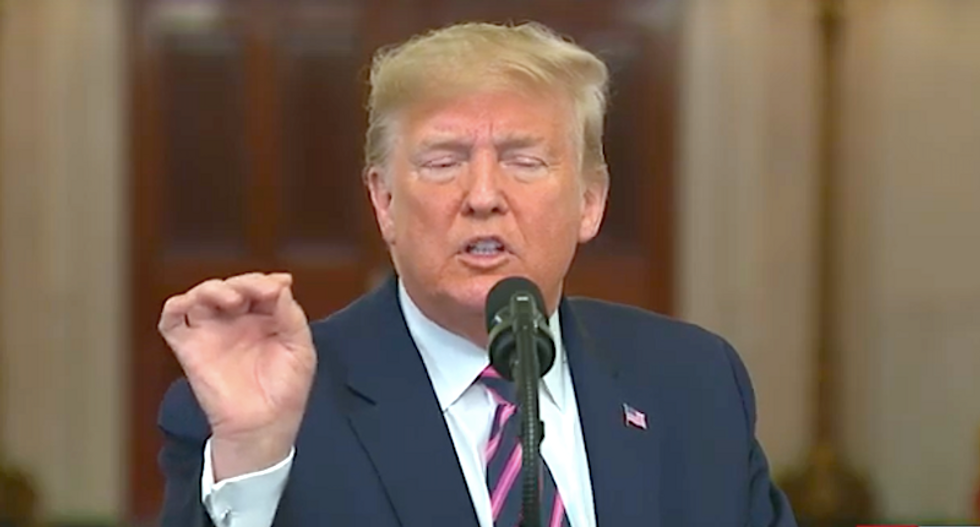 President Donald Trump tried to put a smiley face on the coronavirus outbreak by praising Americans for coming together in response -- but social media users weren't reassured.

The stock market tumbled again Monday morning after a brief rally at the end of last week, and more local governments and businesses are shutting down to control the spread of the potentially deadly virus.

But Trump tried to sound a happy note on Twitter.

"Everybody is so well unified and working so hard," he tweeted. "It is a beautiful thing to see. They love our great Country. We will end up being stronger than ever before!"

Other Twitter users weren't buying what he was selling.

@realDonaldTrump How about an update on where tests went and how that process is going? Results...etc....or some ot… https://t.co/C1JHYlTJLD
— Byron Ricketts (@Byron Ricketts)1584371496.0

@realDonaldTrump How about an update on where tests went and how that process is going? Results...etc....or some ot… https://t.co/C1JHYlTJLD
— Byron Ricketts (@Byron Ricketts)1584371496.0