‘I have a son and I want you to meet him’: Anderson Cooper chokes up welcoming his baby to the world 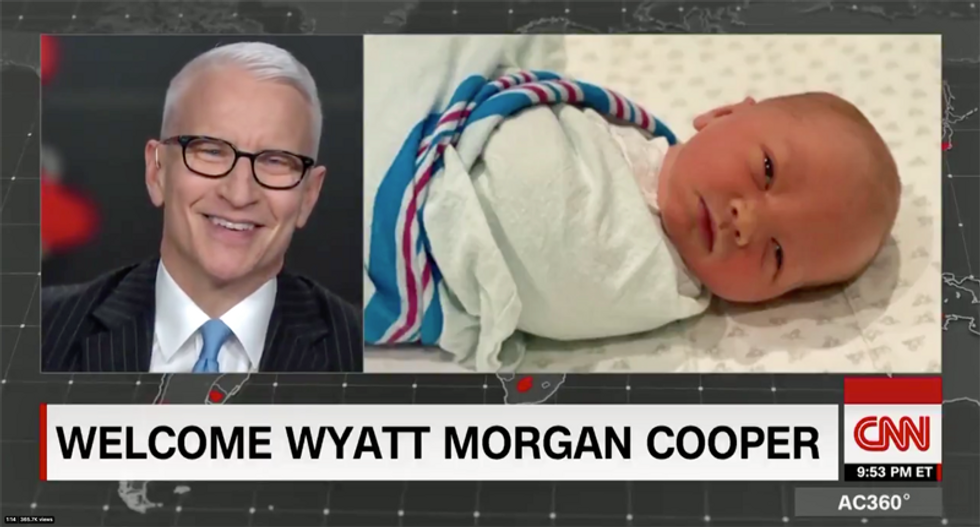 CNN anchor Anderson Cooper announced on Thursday that he is now a father.

"It has been a difficult time in all of our lives and there are certainly many hard days ahead. It is, I think, especially important in these times of trouble to try to hold on to moments of joy and moments of happiness," Cooper said. "As we mourn the loss of loved ones, we're also blessed with new life and new love."

"He is sweet and soft and healthy and I am beyond happy. As a gay kid, I never thought it would be possible to have a child, and I am so grateful for all those who paved the way and for the doctors and nurses and all those involved in my son's birth."

He said he was "eternally grateful" for Wyatt's surrogate.