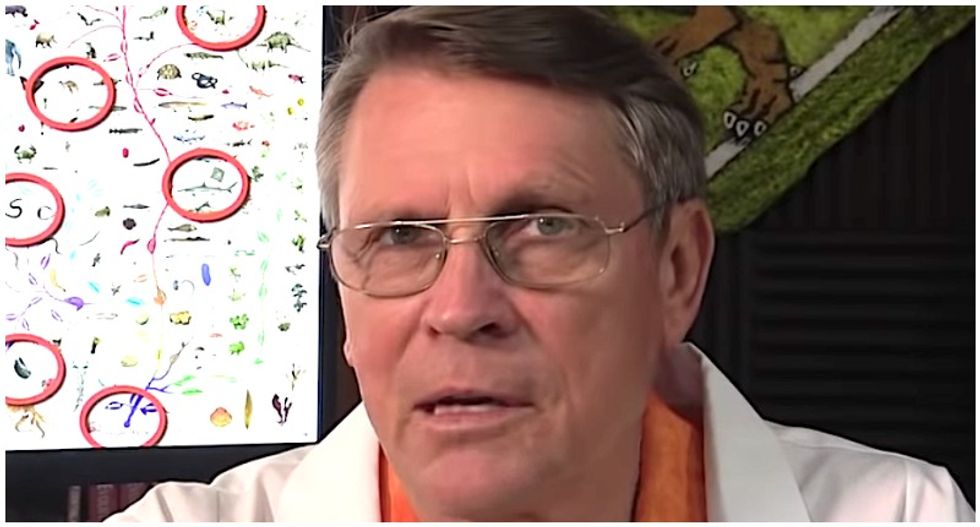 Young earth creationist Kent Hovind owns a creationist theme park in Alabama where a 7-year-old boy drowned last month. Hovind's initial response to the incident, where he said that the boy's siblings "had a blast" at the park "and the dad wants to bring all the kids back and loves the place" was panned as being insensitive to the boy's family. Now, comments he made on a livestream from yesterday are being seen as much worse.

panhandle of Florida so far this year?'" Hovind said in an audio clip flagged by the Godless Engineer. "What are you gonna do, put a fence around the ocean? Come on."

Hovind then chalked the child's death up to just another case of kids doing "dumb things."

"It just happened. You try to avoid all that stuff but… what do you do, you know? Kids do dumb things once in a while."

"The dad’s thrilled with the ministry. Wants to come back. Gonna support us and all that," he added. "So tell the skeptics to shut up, get a life."