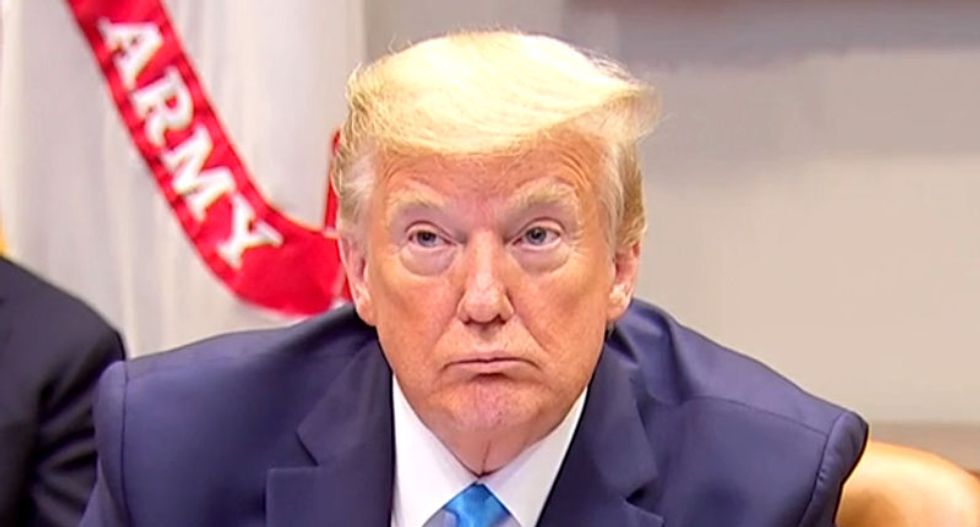 In her Wednesday column, Rubin pointed to Trump's "pass the buck" style of leadership, blaming the World Health Organization for his failure to act.

It was "a frantic attempt to deflect blame from his own delinquency in acting to protect Americans against the pandemic and his ongoing failure to ramp up testing, which would allow economic re-engagement," wrote Rubin.

Trump proved in January that he knew something was wrong, because he ushered in the soft-ban on those coming into the United States from China. He also established the Coronavirus Task Force. The question remains, however, why nothing was done again until March.

"It is hard to quantify the damage, both human and material, that Trump’s utter incompetence has caused," wrote Rubin. "We are in the midst of the initial wave of the pandemic, and others might well follow (as happened in the 1918 Spanish flu)."

She cited an updated chart showing the results of Trump's inaction when compared to countries that were quick to do something.

So, what if Trump acted sooner, Rubin wondered.

"The country deserves to know at least in rough terms the number of deaths that could have been avoided had Trump responded quickly to his advisers’ warnings dating back to November or even to the end of January, when the WHO sounded its alarm," she said.

As for the economic toll, only time will tell how his response will impact the longterm stability of the country and the astronomical unemployment rate.

"In sum, the Trump toll, when we are done, will likely include tens of thousands of unnecessary deaths, massive unemployment, trillions of dollars more in debt and trillions of dollars in lost wealth (from stocks, homes and other assets lost in the Trump recession) — not to mention emotional hardship and educational disruption," Rubin closed. "Trying to fully grasp the extent of the devastation Trump ultimately will have wrought will be difficult, if not impossible. But Trump’s legacy as the worst president in American history is quite certain."