Trump is staging 'an authoritarian coup' with his war on inspectors general: Ex-White House ethics chief 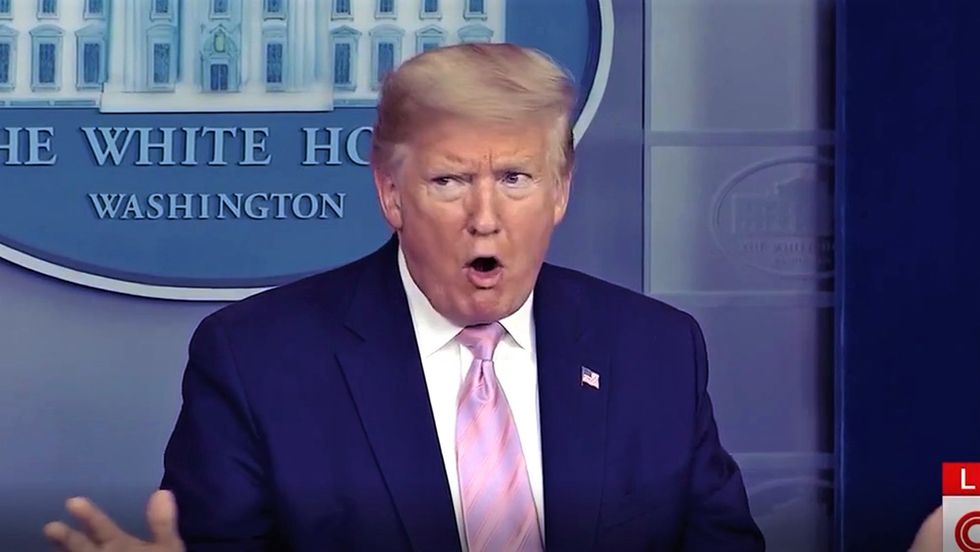 President Donald Trump is raising major alarms with his reported plan to fire seven inspectors general whom he has deemed insufficiently loyal to him.

Former Office of Government Ethics Director Walter Shaub this week called Trump's latest move against government IGs as "late-stage corruption" and said it was just the latest escalation in his systematic effort to remove anyone who could possibly hold him accountable for his misdeeds.

"The legal safeguards that help the federal workforce as a whole remain loyal to the American people and the rule of law over a rogue politician have been weakened," he wrote. "The Trump era is a bad time for safeguards. Trump's eye has turned to the IGs, and Republican Senators have forsaken them -- no hearings, no media blitz, only a few meek chirps of mild concern. Even the self-anointed patron saint of IGs, Chuck Grassley, has abandoned them."

Shaub then said that American voters are the final guardrail capable of holding Trump accountable, but he warned that the Republican Party's voter suppression efforts have made this last line of defense much weaker than it would be otherwise.

"The American people are fired up," he said. "But it'll be hard and the outcome's uncertain. That's why I want you to understand how big a deal it is that Trump is going after Inspectors General. This is a late-stage move in an authoritarian coup against the rule of law."