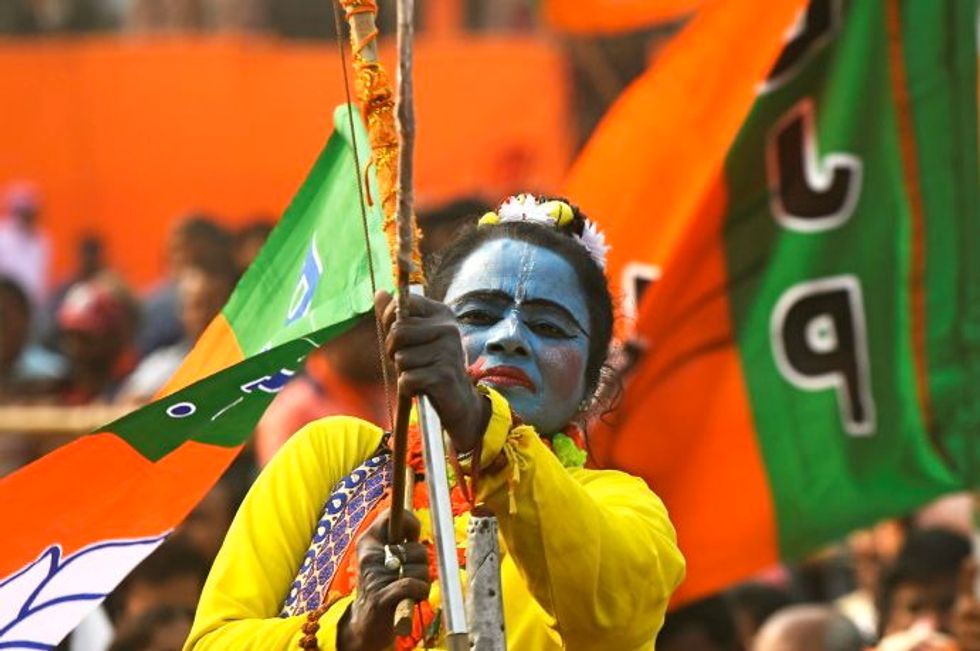 A US government panel on Tuesday called for India to be put on a religious freedom blacklist over a "drastic" downturn under Prime Minister Narendra Modi, triggering a sharp rebuttal from New Delhi.

The US Commission on International Religious Freedom recommends but does not set policy, and there is virtually no chance the State Department will follow its lead on India, an increasingly close US ally.

In an annual report, the bipartisan panel narrowly agreed that India should join the ranks of "countries of particular concern" that would be subject to sanctions if they do not improve their records.

"In 2019, religious freedom conditions in India experienced a drastic turn downward, with religious minorities under increasing assault," the report said.

It called on the United States to impose punitive measures, including visa bans, on Indian officials believed responsible and grant funding to civil society groups that monitor hate speech.

The commission said that Modi's Hindu nationalist government, which won a convincing election victory last year, "allowed violence against minorities and their houses of worship to continue with impunity, and also engaged in and tolerated hate speech and incitement to violence."

It pointed to comments by Home Minister Amit Shah, who notoriously referred to mostly Muslim migrants as "termites," and to a citizenship law that has triggered nationwide protests.

It also highlighted the revocation of the autonomy of Kashmir, which was India's only Muslim-majority state, and allegations that Delhi police turned a blind eye to mobs who attacked Muslim neighborhoods in February this year.

The Indian government, long irritated by the commission's comments, quickly rejected the report.

"Its biased and tendentious comments against India are not new. But on this occasion, its misrepresentation has reached new levels," foreign ministry spokesman Anurag Srivastava said.

"We regard it as an organization of particular concern and will treat it accordingly," he said in a statement.

The commission asked that all nine countries remain on the list. In addition to India, it sought the inclusion of four more -- Nigeria, Russia, Syria and Vietnam.

Pakistan, India's historic rival, was added by the State Department in 2018 after years of appeals by the commission.

In its latest report, the commission said that Pakistan "continued to trend negatively," voicing alarm at forced conversions of Hindus and other minorities, abuse of blasphemy prosecutions and a ban on the Ahmadi sect calling itself Muslim.

India's citizenship law fast-tracks naturalization for minorities from neighboring countries -- but not if they are Muslim.

Modi's government says it is not targeting Muslims but rather providing refuge to persecuted people and should be commended.

But critics consider it a watershed move by Modi to define the world's largest democracy as a Hindu nation and chip away at independent India's founding principle of secularism.

Tony Perkins, the commission's chair, called the law a "tipping point" and voiced concern about a registry in the northeastern state of Assam, under which 1.9 million people failed to produce documentation to prove that they were Indian citizens before 1971, when mostly Muslim migrants flowed in during Bangladesh's bloody war of independence.

"The intentions of the national leaders are to bring this about throughout the entire country," Perkins told an online news conference.

"You could potentially have 100 million people, mostly Muslims, left stateless because of their religion. That would be, obviously, an international issue," said Perkins, a Christian activist known for his opposition to gay rights who is close to President Donald Trump's administration.

Three of the nine commissioners dissented -- including another prominent Christian conservative, Gary Bauer, who voiced alarm about India's direction but said the ally could not be likened to non-democracies such as China.

"I am deeply concerned that this public denunciation risks exactly the opposite outcome than the one we all desire," Bauer said.

Trump, who called for a ban on Muslim immigration to the US when he ran for president, hailed Modi on a February visit to New Delhi.