Alabamians defend hitting the beach despite COVID-19: 'I don't want to die, but if that's what God has in store then that's okay' 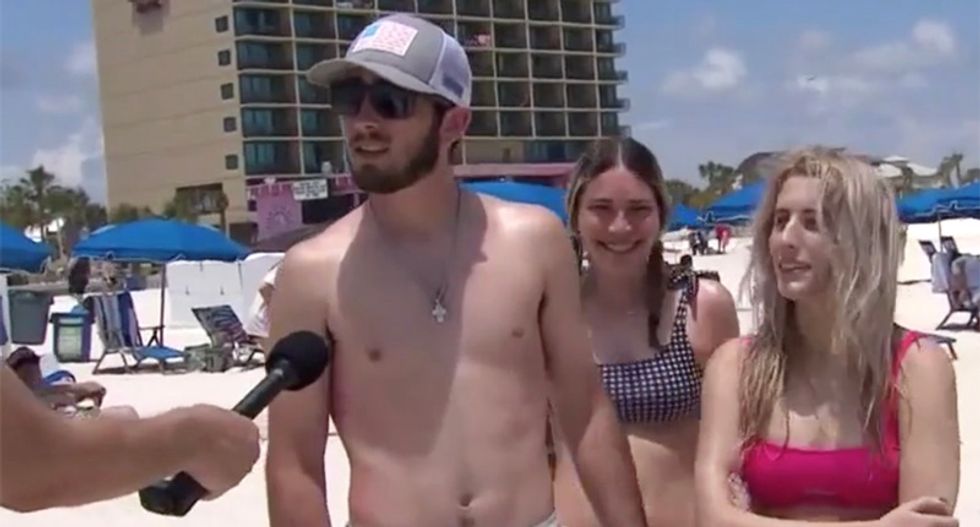 Reporting on the decision by officials in the state of Alabama to move toward fully re-open despite the rising tide of coronavirus infections, CNN sent cameras down to a beach in the state where crowds packed the sand over the Memorial Day weekend and many beachgoers they interviewed were dismissive of the possibility they could become infected by the deadly virus.

Reporting from the state, CNN's Gary Tuchman noted, "Social distancing is the state's rule, but that effort has often been an exercise in futility at the beaches and bars on Memorial Day week as people come back to party. At this restaurant in Gulf Shores, Alabama, many wonder why it took this long to open."

According to one beachgoer, identified as Bailey Karr, "Everybody's got to go somehow."

"Yeah, but in a way -- I mean, I don't want to die," the recent college graduate replied. "But if that's what God has in store for my life, then that's okay."

According to another beachgoer, "My family has the same mindset as me, and we kind of just agreed if we get it, we get it. We're going to handle it as a family and just get over it, because that's what a family does."

Yet another beachgoer defended not wearing a mask because Donald Trump doesn't wear one in public.