'Are you listening, America?' CNN's Don Lemon 'exhausted' with apathy towards racial injustice 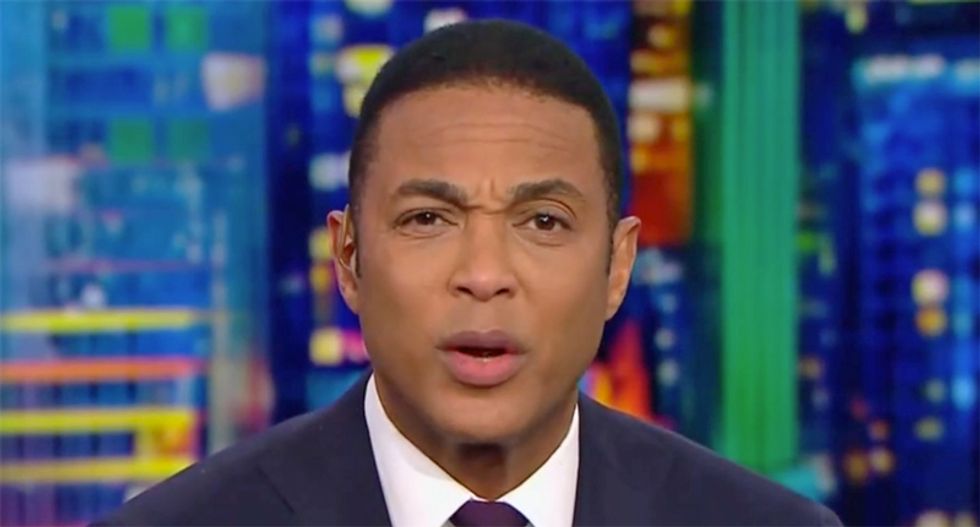 On CNN Friday, late-night host Don Lemon vented his frustration about the racial injustice exemplified by the killing of Ahmaud Arbery — and the Black community's exhaustion with waiting for others to stand in solidarity with their suffering.

"The whole thing is troubling. A young black man shot to death in broad daylight. But that is what happens — that is why people are so upset with 'very fine people on both sides,'" said Lemon, invoking the president's defense of the Charlottesville Nazis. "That's the kind of attitude that feels empowered in this country with those types of comments. That is why African-Americans in this country are so tired right now. We're so vexed. That is why we're so upset."

"The fact is, communities of color feel like we are under siege in this country," said Lemon. "How many videos have we seen like this video? Of Ahmaud Arbery's last moments. How many people of color have been attacked and killed in broad daylight? How many people would never, ever have heard about them if it had not been for videos like this? And the toll of the coronavirus, killing more people of color. The fact is counties with higher black populations account for more than half of all the COVID-19 cases. Almost 60 percent of the deaths. Even though Black Americans represent 13.4 percent of the American population. Scientists say it is clear that things like health care access, unemployment and discrimination are behind the disparities."

"Are you listening, America?" said Lemon. "We are tired of jumping on everyone else's bandwagon to help everybody else. To help women who are fighting discrimination in the workplace. To help the Me Too movement. To help everybody else. LGBTQ communities. When are people going to care? Us too. Us too. #UsToo. When are people going to care about our issues? Why should African-Americans care about opening up this country and rebuilding the economy if you're going to rebuild the economy on our backs when we are the people who are dying? There's even a stark difference when it comes to tickets for social distancing violations ... more than 80% of summons for social distancing violations in this country, in New York City, the most diverse city in the country, issued to people of color, on and on and on."

"Is it any wonder that African-American communities, my communities, my people, that we are exhausted, that we are full of dread and sadness, wondering how much more can we take?" said Lemon. "That's the question. Not, what do you have to lose? The question is, how much more can we take? Think about that. Answer that question. For me. Put that in your pipe and smoke it."