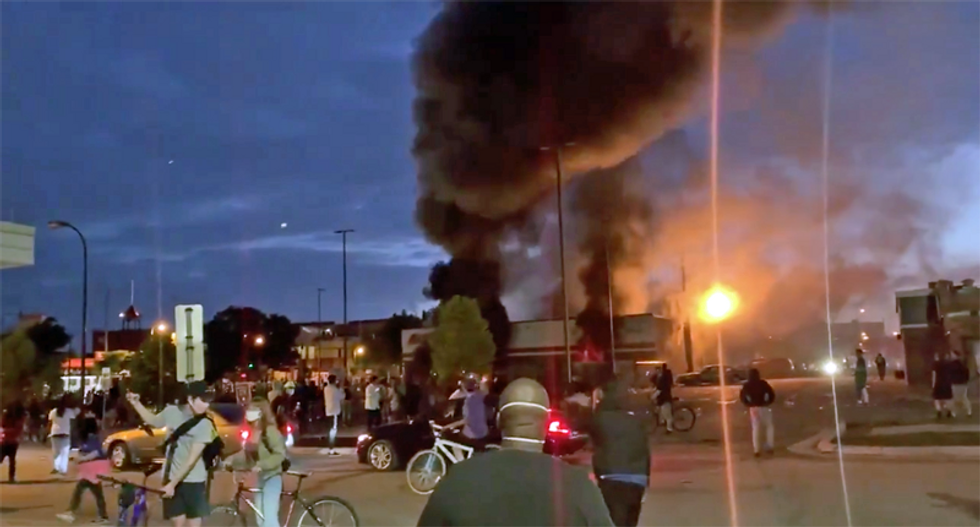 A business owner shot and killed a man during violent protests over the police killing of George Floyd.

“I start to see like thousands of people running around,” said restaurant owner Hector Hernandez. "Next thing you know we have probably 100 people banging on the windows throwing rocks."

Horton, of Minneapolis, was shot in the chest and upper portions of his body, police said.

"All of a sudden a man is running over here and he just collapsed right there in the corner,” said Abi Baires, who was working nearby.

The owner of a nearby business was charged in Horton's killing, but Baires said Floyd was her friend and would have been saddened by the violence.

“My business is going to get replaced," Baires said. "People are still going to come here when all this is over but to witness another Black man dying right here, and fighting for his life, which is what we’re -- the opposite of what we want justice for."