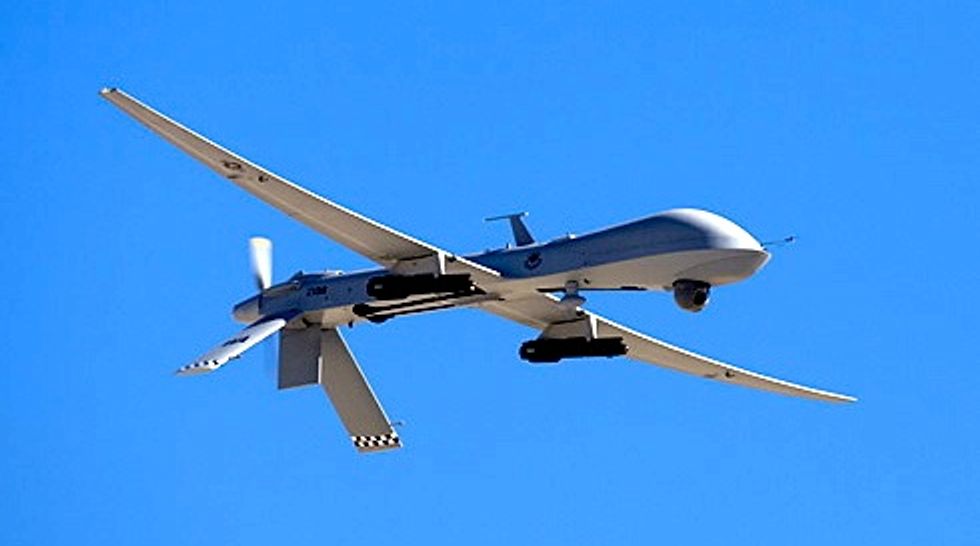 The nation's largest border control agency, part of the Dept. of Homeland Security, Friday was caught flying an unarmed Predator drone over the city of Minneapolis, where just hours earlier the third night of protests against the killing of a handcuffed, unarmed Black man by four police officers erupted.

"Customs and Border Protection (CBP) is flying a Predator drone, military technology used for surveilling and killing terrorists abroad, over Minneapolis as protesters continue to demonstrate against police brutality, according to publicly available flight data. The drone flown over Minneapolis is an unarmed version of the aircraft," Vice News reports.

"The drone took off from the Air Force Base before making several hexagonal-shaped flyovers around Minneapolis, according to the data. At the time of writing, the drone is still above the city."

Here are a few tweets documenting the flight of the drone, versions of which have been used by the U.S. Air Force and CIA in Afghanistan and Pakistan. Tweets posted by Project On Government Oversight's investigative reporter Jason Paladino.