Fox News analyst breaks down while discussing the death of George Floyd: 'The reality is that has gone on for decades' 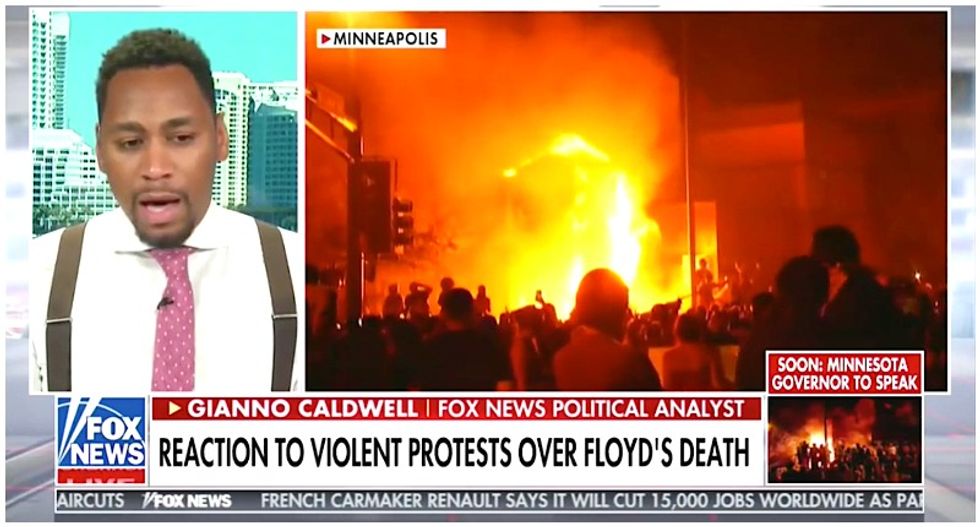 Speaking on Fox News this Friday, political analyst Gianno Caldwell became emotional while discussing the death of George Floyd at the hands of Minneapolis police officers and the ensuing unrest.

"This reality that has gone on for decades must, must come to an end," he continued. "It reminds me of when the 13th Amendment was ratified and slavery was abolished — and a lot of the confederate soldiers became police officers and judges, thereby disenfranchising African Americans from true justice. This is another situation which reminds a lot of us of that same trauma back then."

Caldwell then recounted conversations he's had with his grandfather who grew up in Arkansas and had "many altercations with the Klan there."

"That same trauma that he experienced many years ago flows through ... my blood as well, and I think it's important for so many of the good people who are watching right now to know that it's not enough for you just to be a good person," Caldwell said. "You have to use your platform. You have to speak out against these injustices. None of us can be quiet while this is going on. If we don't unite today, we're not going to have a country to unite in. We have to bring justice to this situation, and it must be swift."