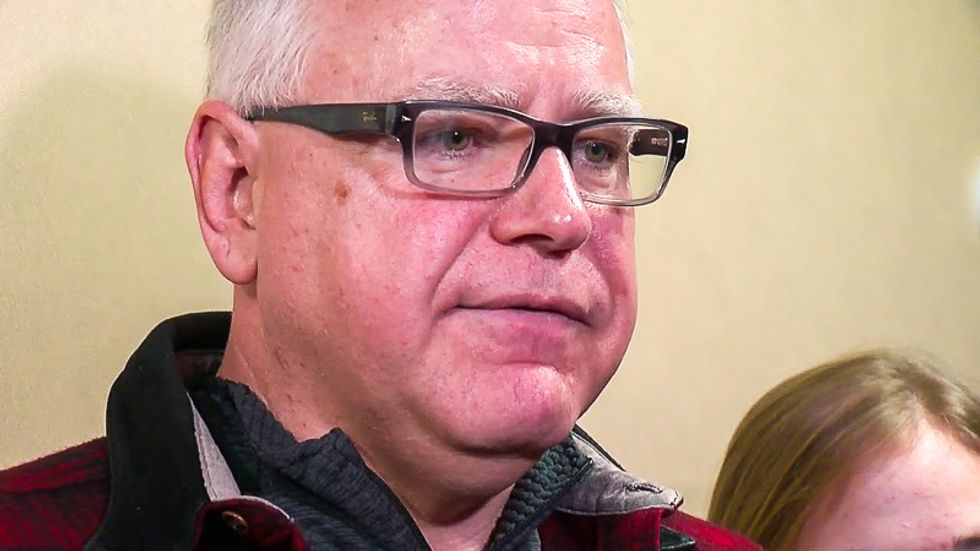 In a public address on Wednesday, Gov. Tim Walz (D-MN) condemned the police killing of George Floyd, saying that the video of the officer kneeling on Floyd's neck made him "physically ill" and that he was “shocked and horrified” by what he saw.

"George Floyd did not deserve to die," said Walz. "But he does deserve justice."

The killing has triggered outrage and protests in Minneapolis, with police clashing with demonstrators on Tuesday and dispersing chemical agents into the crowd. All of the officers involved in the incident were terminated immediately. It is unclear whether or how many of them will be criminally charged for the death.

You can watch the press conference here.