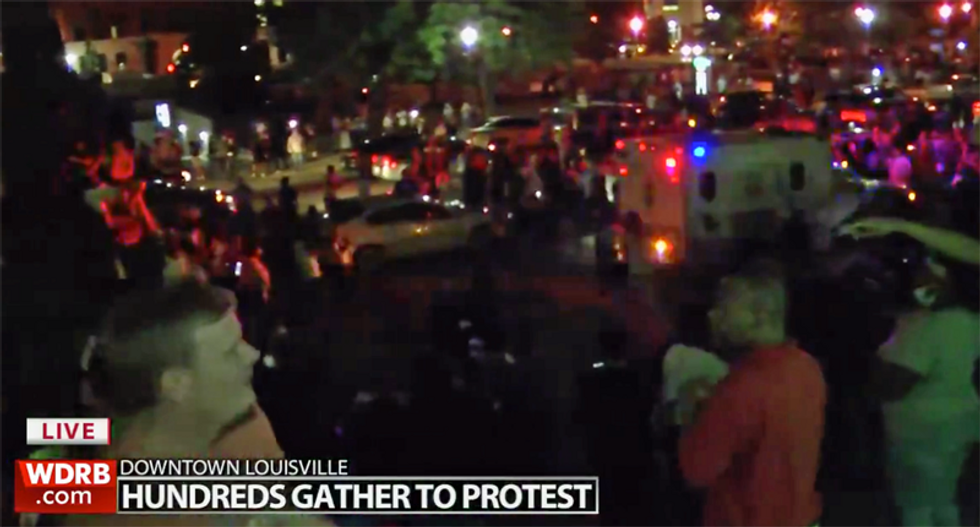 While Minnesota's twin cities were the scene of massive protests over the police killing of George Floyd, there also was a major protest in Louisville.

"Seven people were shot Thursday night in downtown Louisville during a protest to demand justice for the shooting death of Louisville resident Breonna Taylor during a March police raid, according to the Louisville Metro Police Department," WDRB-TV reports.

Taylor, an EMT, was shot dead by police after they forced their way into her home.

"One person who was shot is in 'critical' condition, police said. All of the shooting victims are civilians, according to LMPD," the network noted.

"It is unclear at this time whether or not we will be able to provide additional updates this evening," said LMPD special advisor Jessie Halladay.

Groups from Arizona, Georgia, Michigan, New Mexico, Nevada, Pennsylvania and Wisconsin all allegedly met in December 2020 and sent lists of so-called alternate electors to the National Archives after the 2020 election. The scheme is reportedly under investigation by the FBI and the Department of Justice, which have issued subpoenas to several of the people involved.

The plot is also a focus of the U.S. House select committee hearings on the Jan. 6 insurrection at the Capitol and GOP attempts to overturn the results of the election.