Trump plans to 'wind down' coronavirus task force even as the pandemic still rages: report 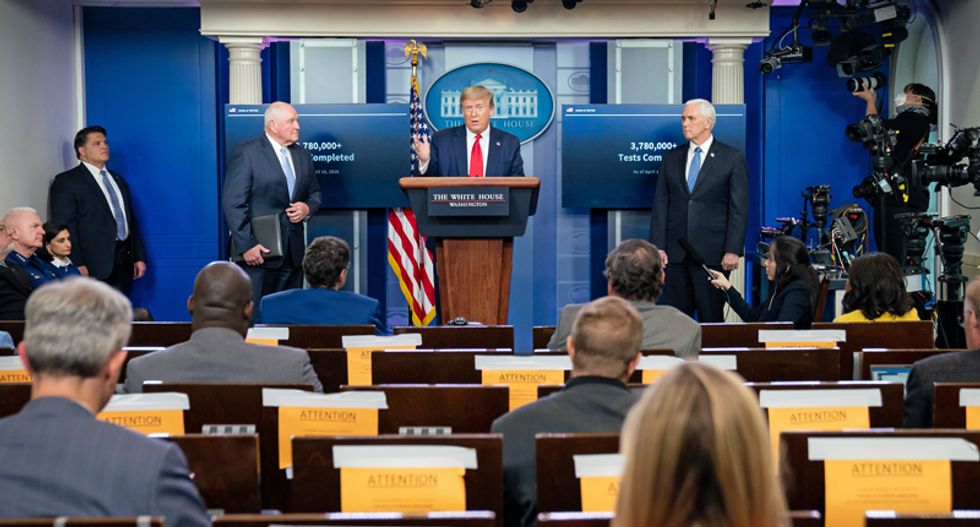 According to a breaking report from the New York Times this Tuesday, the Trump administration is planning to "wind down" operations of its coronavirus task force, even as new infections grow by 2 to 4 percent daily, with more than 1,000 people dying each day for over a month.

The report states that it's not clear if there will be any sort of coronavirus panel to replace it.