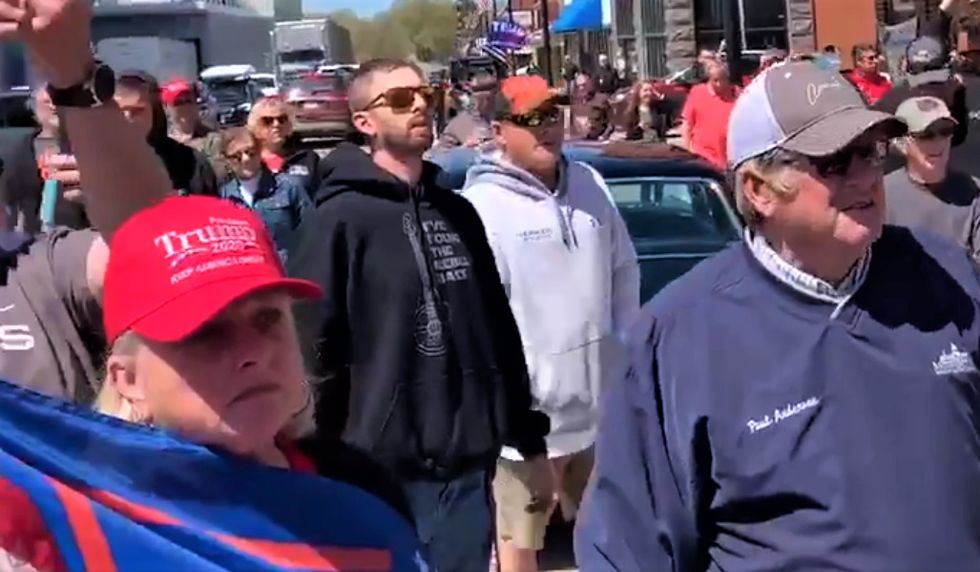 A group of people in Albany, Minnesota on Monday flocked to a bar that had promised to defy the state's lockdown orders -- only to be disappointed when the owner announced that he wasn't going to reopen after all.

As reported by Paul Blume of local news station Fox News 9, Shady's bar owner Kris Schiffler drew a big crowd to his establishment by telling people that he would no longer abide by state orders to remain shut.

When people arrived, however, Schiffler told them that he was staying closed because he was under legal threats from the state attorney general.

Nonetheless, the owner encouraged his supporters, many of whom came to his bar waving Trump flags and wearing Trump paraphernalia, to donate to his GoFundMe page to help pay for legal fees in his fight with the state.