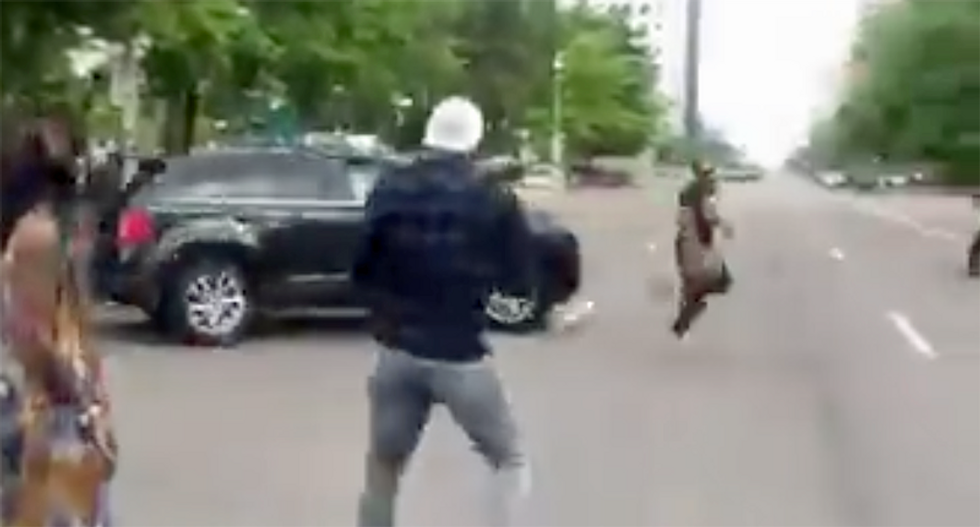 Black SUV running down a protester in Minneapolis (screengrab)

On Thursday evening, as protests and demonstrations against the police killing of George Floyd in Minneapolis continued to spread nationwide, the driver of a black SUV at the protest in Denver, Colorado was captured on camera trying to run down a protester.

In the footage, the car turns and cuts across the road as the protester tries to dive out of the way to avoid it. Then the car speeds off as a number of protesters chase behind.