WATCH: Woman screams at Hispanic family for playing 'Mexican' music in the park 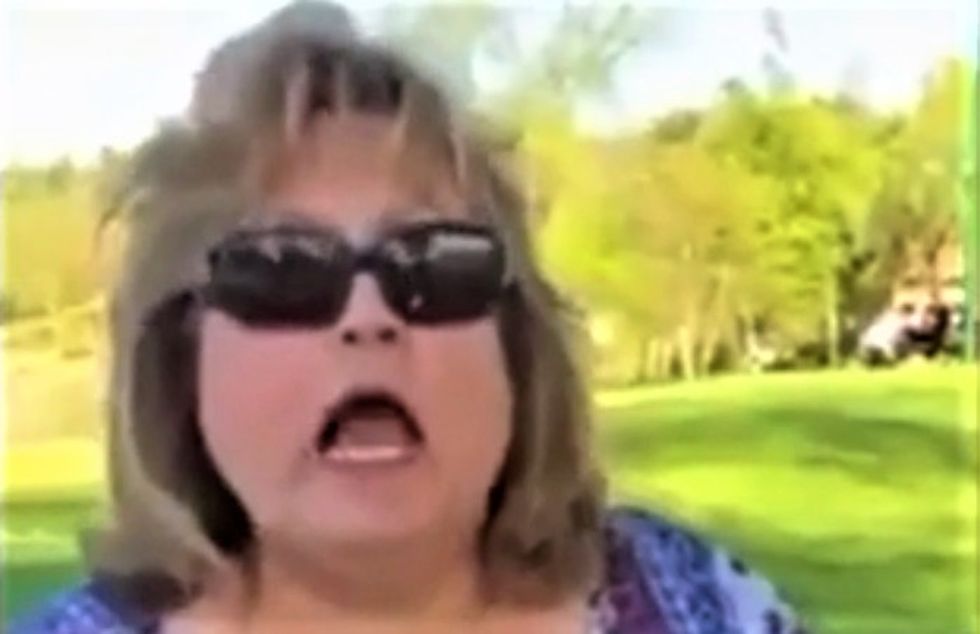 A white woman this week was caught on camera screaming at a Hispanic family in a park because they were not playing "American music."

In the video, the woman can be seen confronting the family and chiding them for playing what she described as "Mexican" music during their outing in the park.

One of the men in the park objected to her tirade and informed her that "we're not Mexican."

"You are so f*cking disrespectful!" she yelled. "F*ck all this! F*ck this music, it sucks! You're in America!"

"We have as much right to be in America as you do!" the man replied.