‘Are you from America?’ Woman has a racist meltdown after being asked to wear a mask 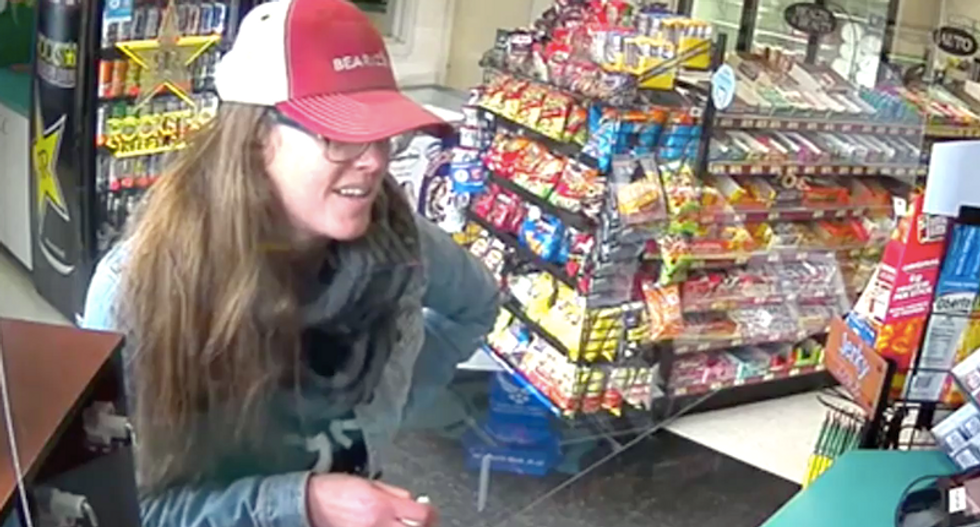 A white woman hurled racist insults at a Latina cashier after being asked to wear a face mask inside a California gas station.

Recent college school graduate Jassel Aguirre was working May 31 at the Arcata Shell station when she asked the woman to cover her face while inside the store to prevent the spread of coronavirus, and the woman hastily covered up with a makeshift mask using a scarf, reported the Lost Coast Outpost.

"She asked to use the restroom, and even though she was not a customer, I allowed it," Aguirre said. "Exiting the restroom, while still in the store, I again asked if she could please make sure her face was covered while inside because she was no longer doing so, and this was the result.”

The woman refused, and security cameras show her berating the cashier.

“Do you know what freedom is?” the woman says on the video. “Are you from America? Are you an American or are you an illegal immigrant? Because you look like one. You also look like a Nazi, too.”

Aguirre and her co-workers don't recognize the woman, who she said seemed "normal" until unleashing her tirade.

“While it was happening, I was just shocked that she was saying these hurtful things and when she went on talking about looking like an illegal immigrant, I was at a loss for words because that hit so close to home,” Aguirre said. “The whole thing was just infuriating, that this is just one person, like so many others who say and do much worse because they feel they have that right. I was angry after the fact that I didn’t say or do more, but I also didn’t want to risk losing my job.”

The woman flew off the handle with wild claims and insulting accusations, Aguirre said, and she found herself laughing in astonishment.

“You’re trying to enforce supreme order over people and their natural rights to be free, Hitler,” she told the cashier. “You’re nervous because you have no brains and don’t know what to say. That’s your defense mechanism is to laugh. You’re a fool. You’re fat and ugly and have a lame-ass job. F*ck you.”

Aguirre said she hasn't filed a police report in the incident, but the woman has been banned from coming back to the gas station.