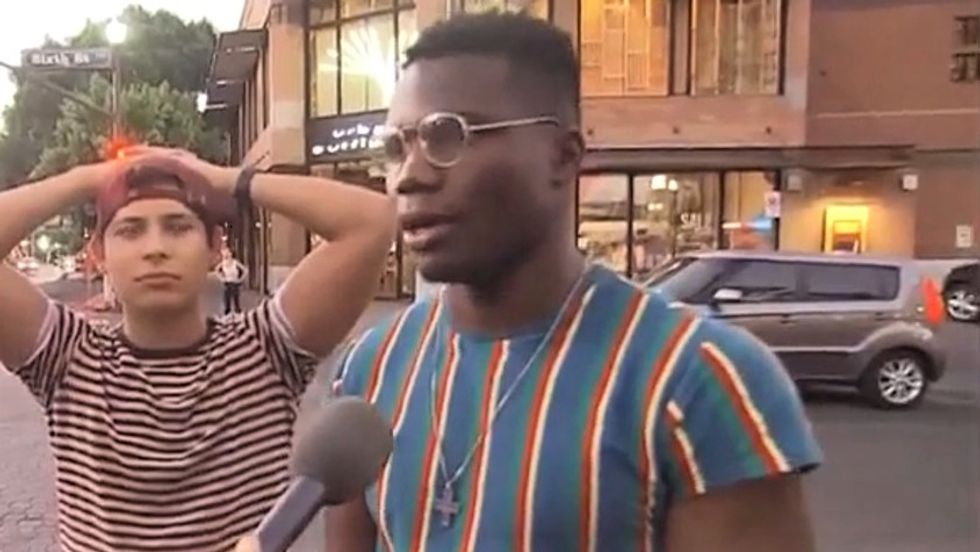 An Arizona man who has lost family members to the novel coronavirus is nonetheless insisting that we won't wear a face mask because it is a "placebo" that doesn't prevent the spread of the disease.

Despite the fact that scientists recommend wearing face masks to combat the COVID-19 pandemic, the man told CNN reporter Kyung Lah that he didn't feel the need to wear one.

"Right now there's coronavirus, but Arizona's handling it bad and they don't seem to care," he said. "We're kind of, like, free and open and we don't have a lot of restrictions here, so this is going to continue to get worse until they do something about it."

"You're not wearing a mask," Lah observed.

"I think masks are good but they kind of act as a placebo to some extent," he said. "I have family who's been lost to coronavirus, so I should be wearing a mask."

Senator Ted Cruz (R-TX) will place himself in the eye of another storm this week as one of the nation’s most grating voices against sanity in gun control policy.

But this is hardly his first rodeo. Exploiting gun-inflicted tragedy is what Cruz does.