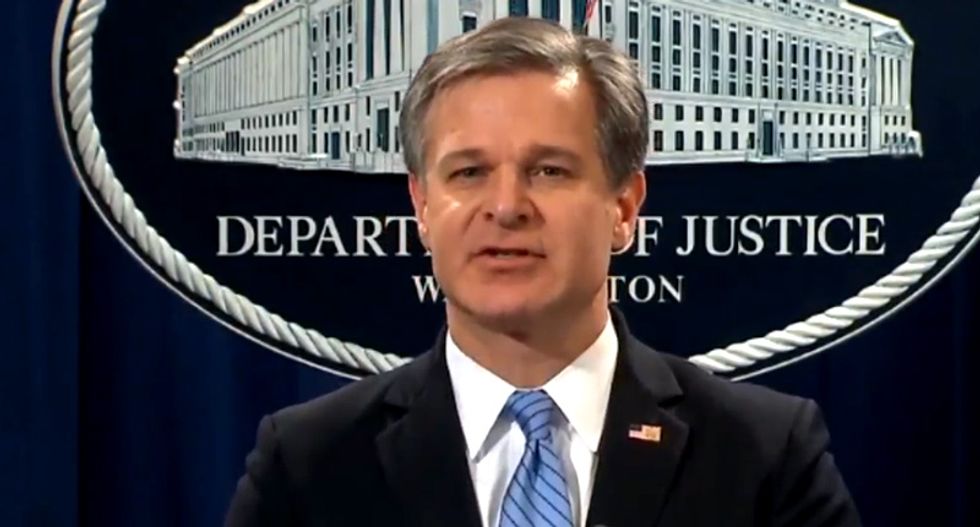 Federal authorities on Saturday announced that four men had been arrested for vandalism of a controversial statue of former President Andrew Jackson in Washington, DC.

"The complaint, unsealed today, alleges that on June 22, 2020, the four men along with other unidentified individuals, damaged and attempted to tear down the statue depicting Andrew Jackson located in Lafayette Square," the Department of Justice said.

The statue's location was cleared by police gassing peaceful protesters for President Donald Trump's infamous photo-op with a Bible.

Jackson has become highly controversial due to his racism, with his "Indian Removal Act" policies considered by many to be acts of genocide.

“The United States Attorney’s Office for the District of Columbia will not stand idly by and allow our national monuments to be vandalized and destroyed," acting U.S. Attorney Michael R. Sherwin said. "This Office remains steadfast in its commitment to protect the sacred First Amendment right of individuals to peacefully protest, but these charges should serve as a warning to those who choose to desecrate the statues and monuments that adorn our nation’s capital: your violent behavior and criminal conduct will not be tolerated."