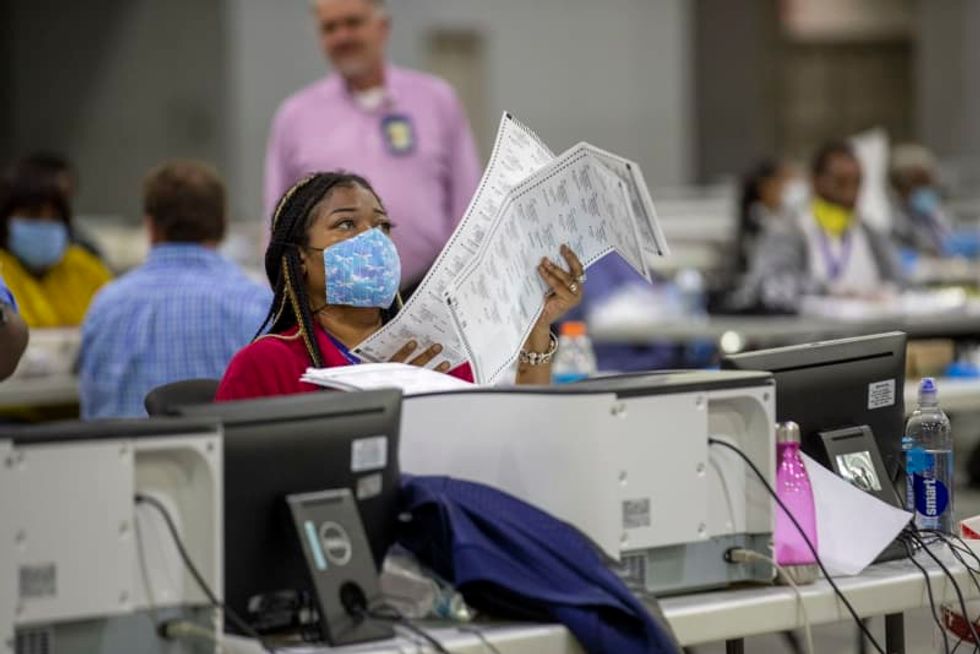 ATLANTA — Democrats set a new turnout record for primary voting in last week’s Georgia vote, soaring past 1 million voters to outpace Republicans during an election plagued by significant obstacles at polling sites.The latest results, still being tallied as absentee ballots are counted, show Democratic turnout in Georgia surpassed 1,060,851 — the previous high-mark set during the 2008 presidential primary when then-U.S. Sen. Barack Obama trounced Hillary Clinton. Republicans lagged behind, with more than 950,000 votes in last week’s contest. But there was no competitive statewide contest on th...