'Go back to whatever (expletive) Asian country you belong': California woman loses it with jogger for exercising in local park 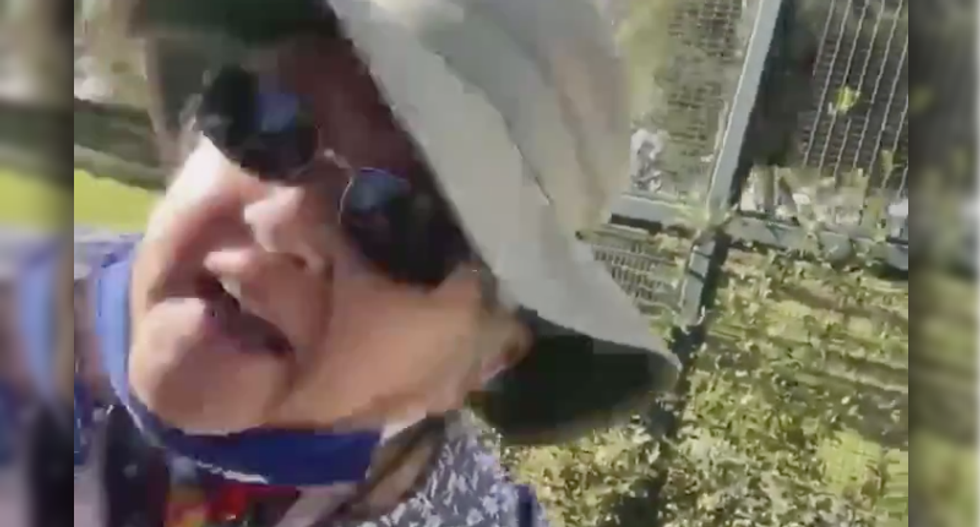 A Torrance, California woman was running up and down the stairs in a park when an elderly woman came up to her to yell that she was monopolizing the stairs.

"We don't play games here anymore," the older woman says in the video. "Next time you ever talk to me like that you're going to get your ass kicked by my family. They're going to f*ck you up!"

The video doesn't show the previous discussion between the two women before the older woman chases after her and starts yelling.

"What did I do?" the woman with the camera asks.

"They're going to F*ck you up!" the older woman yells again.

"What did I do?" the younger woman asks again, off-camera.

"Because you are an assh*le! You took the whole stairs to yourself!" the older woman screams.

The younger woman explains that there are other stairs in the park and points to them.

The older woman appears to be wearing a mask but took it off to yell at the jogger.

Torrance, is in the Los Angeles metro area.

My coworker/friend encountered an evil racist at the park during her workout in Torrance today 🤬 https://t.co/z0fXtUNpmI
— Sweet T (@Sweet T)1591825800.0