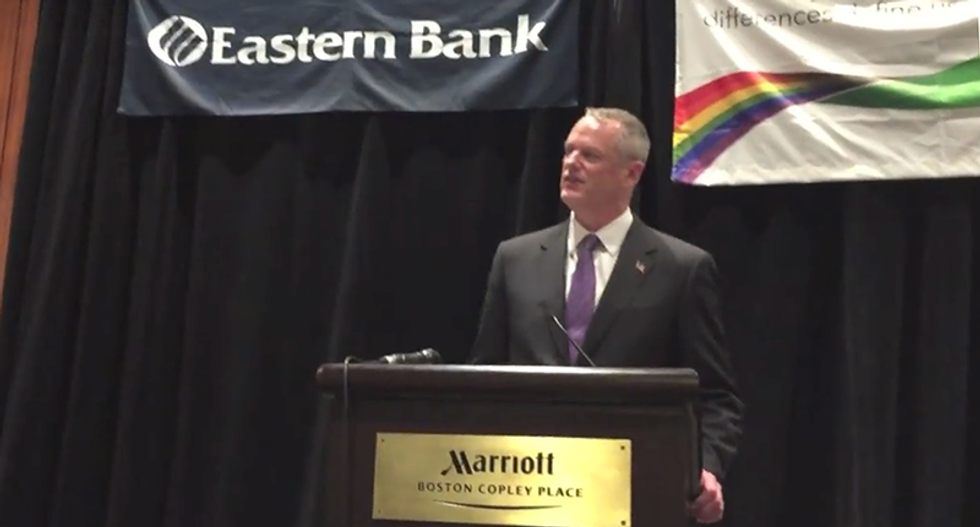 Republican Gov. Charlie Baker (R-MA) blasted President Donald Trump after the president had a call with governors and mayors Monday.

The president blasted the leaders as "weak" for refusing to strike back at protesters, jail them for a decade and deploy the National Guard to shoot at them.

The governor, who generally stays away from attacking Trump, didn't hold back in his response.

“I heard what the president said today about dominating and fighting,” Baker said, according to Boston.com. “I know I should be surprised when I hear incendiary words like this from him, but I’m not. At so many times during these last several weeks, when the country needed compassion and leadership the most, it simply was nowhere to be found. Instead, we got bitterness, combativeness, and self-interest. That’s not what we need in Boston, it’s not what we need right now in Massachusetts,” he said, as he appeared to choke up, “and it’s definitely not what we need across this great country of ours either.”