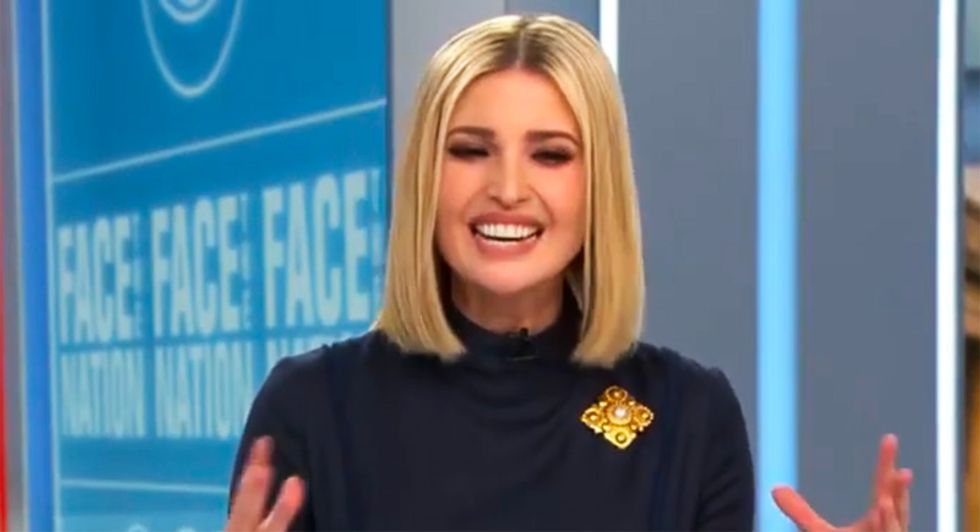 President Donald Trump's White House is rolling out a new "skills-based hiring" initiative for the federal government -- but it faced instant backlash by making the president's older daughter the new policy's figurehead.

In a video promoting the initiative, Ivanka Trump claimed that her father was going to "overhaul the way the federal government hires," and said that the president wants to "fill federal job vacancies based on people having the skill, the passion, the drive, the competency to do the job, not purely based on outdated career or licensing requirements."

Ivanka Trump and her husband, Jared Kushner, have been repeatedly criticized for getting plum appointments in the White House despite having never worked in government before Trump was elected in 2016.

Kushner in particular has drawn scrutiny for being given a massive portfolio of duties ranging from overhauling the entire executive branch, bringing peace to the Middle East, and containing the novel coronavirus.

Given this, Ivanka's video about "skills-based hiring" was poorly received -- check out some comments below.