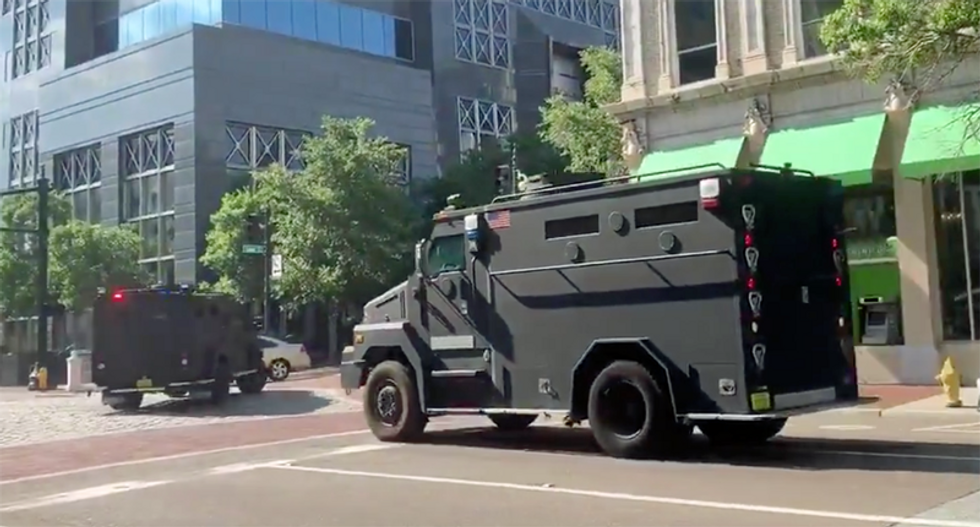 "The Jacksonville Sheriff’s Office’s arrests on May 31, the first Sunday of protests, were illegal, violent and unconstitutional, a new federal lawsuit argues. The lawsuit, filed Friday by four of the protesters arrested that day, points to a mountain of video evidence to say officers indiscriminately arrested people for unlawful assembly or resisting without violence without any evidence that the protesters were actually breaking the law," the newspaper reported.

Attorney Matt Kachergus worries the Sheriff's Office will get even more aggressive during the RNC.

“Given the suspected nature of what may be coming, it would not surprise me to see even more heavy-handed tactics coming,” he said.

This, from Jacksonville, FL demonstrates a problem - not a solution. As I have been writing about for well over a… https://t.co/Gl6RM4ARbC
— cdrsalamander (@cdrsalamander) 1590965281.0