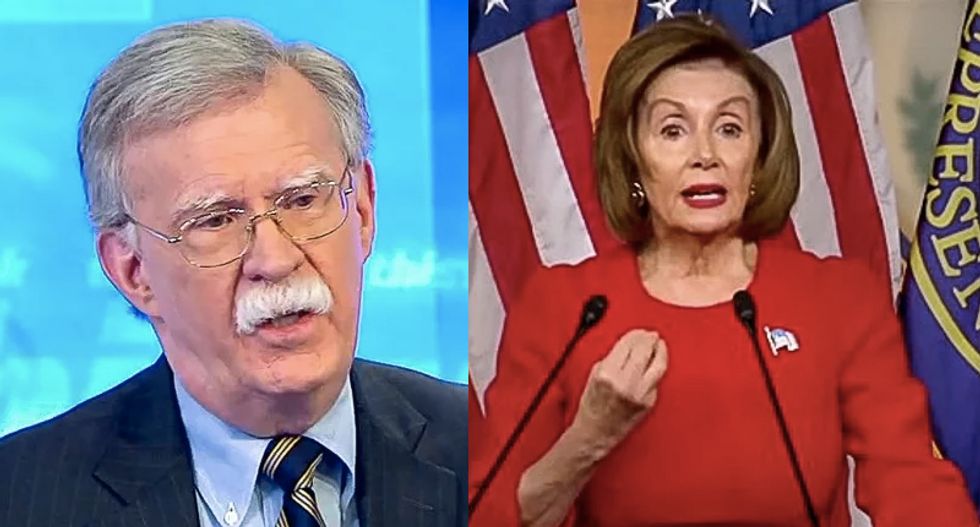 Both sides of the aisle are raging over former national security adviser John Bolton.

A Politico report cited members from the Republican and Democratic Parties that are standing against Bolton as his new book, The Room Where it Happened, is released.

As bombshells drop from his tell-all, Republicans are lining up to defend President Donald Trump against the right-wing, war-hawk who once served as a commentator on Fox News.

Bolton is “somebody who thought he was being hired to be the commander-in-chief, and he wasn’t,” said Sen. Kevin Cramer (R-ND).

Sen. Lindsey Graham (R-SC) agreed, telling Politico he doesn't take Bolton seriously because he doesn't trust “anyone who claims to have witnessed treason and obstruction of justice and tells about it in a book.”

Sen. James Lankford (R-OH) took issue with the timing of the book, which was supposed to be released in March, but was held up by the Trump administration.

“Nothing about that smells right. The House is frustrated by it, we are frustrated about it," he said.

“Every meeting I’ve been in with John Bolton, he views himself as the smartest person in the room,” said Barrasso. “He thinks he should be president, speaker of the House and Chief Justice of the Supreme Court all at the same time.”

He then accused Bolton of becoming a liberal "darling," but that is hardly accurate as the Twitter left has spent the week attacking Bolton for putting profit above a higher call to patriotism, where he could have actually done something about the things he alleges Trump did.

Bolton “cares more about his book than he did public service," said Sen. Sherrod Brown (D-OH).

Sen. Chris Murphy (D-CT) agreed, saying it's obvious that Bolton is more "interested in making money, not saving the Republic.”

House Speaker Nancy Pelosi similarly attacked Bolton for not testifying in the House hearings on impeachment. Bolton alleged in his ABC News interview that the House had "politicized" the impeachment and that the scope of their impeachment was far too narrow. Pelosi said that Bolton could have done something about that if he had wanted to. He chose not to.

“Bolton himself says if the Democrats just asked the right questions the impeachment might have turned differently,” said Sen. Chris Coons (D-DE). “Mr. Bolton, why didn’t you come forward and testify to this effect while we were conducting an impeachment trial?”

Sen. Tim Kaine (D-VA) agreed with Coons, saying that Bolton "held back even when it would be valuable to the nation."

“He did it to maximize book sales. He felt like if he gave away information before, it would hurt his book sales,” said Kaine.