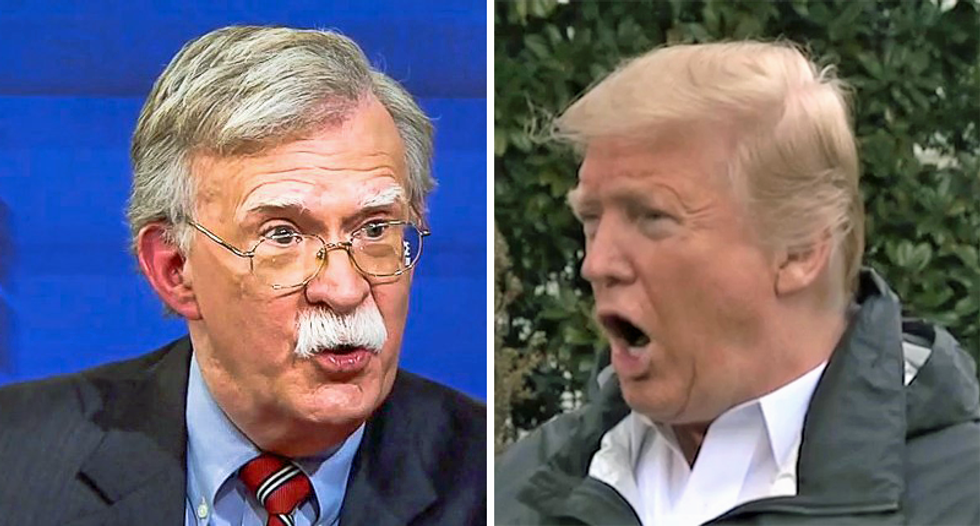 In an interview with Axios, the former Trump official lays out a number of worries he has about what will happen if Trump manages to secure a second term this fall, including how the president will wreck the independence of the Department of Justice and the judiciary.

"I'm not talking about financial interests -- that's really the lowest level of concern," Bolton said. "It's the corruption of the judicial process, the use of the power of the federal government against people who disagree with him. Protecting people who do support him who may have run afoul of some other legal or regulatory structures. It's a degradation of the strictures of the Constitution that become harder and harder to fix."

Bolton also says that Trump may simply withdraw the United States from NATO all together, while also putting alliances with Japan, South Korea, and Australia in jeopardy.

Bolton even believes that enemies of the United States could look at Trump's response to the COVID-19 pandemic and see how easy it would be to launch a devastating biological warfare attack against the country.

"If Trump's response to the pandemic has proven [anything] to anybody who's contemplating acquiring a biological weapons capability, it's that he's not able to respond to it in a systematic fashion," Bolton said.