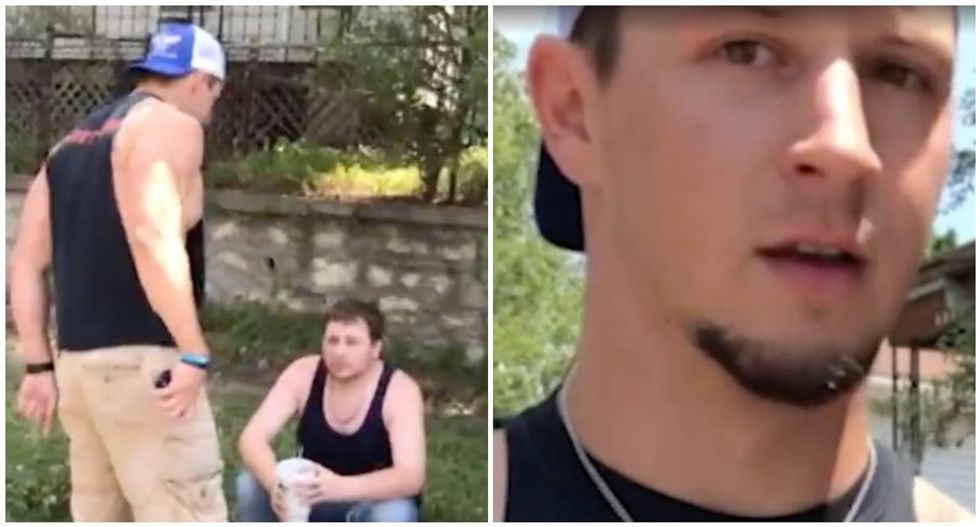 A Missouri police officer has been placed on desk duty after a video emerged of him threatening and invading the space of man while he was off duty, Fox 4 reports.

“I’m not working right now. I’m on vacation. I will f*ck you up. Sit down,” Officer Brandon Harrison tells Max McLeod in the video.

“Tell that to a judge. See who they f*cking believe, b*tch," Harrison tells McLeod. The video was filmed by McLeod fiancé, Summer Bohon.

Bohon and McLeod reportedly called police to file a report about a hit-and-run. When police showed up, Harrison did as well, but was off duty.

“He tried to say that we hit his truck,” McLeod said, “And in all reality, it wasn’t his truck. It was a first [generation] Dodge that hit our car.”

In the video, Harrison tells McLeod, “You don’t f*cking lie to her about that bullsh*t,” referring to the officer on the scene. “I just watched you hit me.”

The couple had no idea why Harrison was on the scene, and why he was accusing them of hitting his car. They're also wondering why the officer on the scene didn't intervene.

“He was spitting in my face because he was so close, threatening to beat me up,” McLead said. “I just sat down and kind of kept my cool.”

Watch Fox 4's report on the story below: