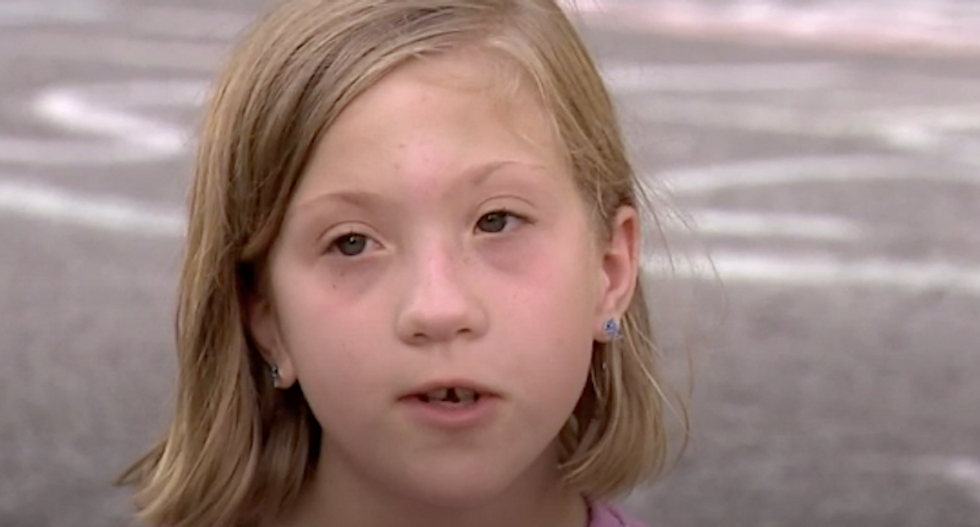 A suburban Columbus neighborhood rallied around a girl whose chalk art drew a complaint to police.

The 9-year-old girl wrote "Black Lives Matter" on the pavement in chalk last week in front of her Canal Winchester home, but a neighbor came outside and yelled at her and then called sheriff's deputies, reported WBNS-TV.

"I think black people and white people should both be treated the same,” Mira Acklin said.

The girl's mother said she saw a deputy get out of a patrol car and speak with the neighbor, and then encouraged Mira to keep drawing.

“He got out of the car and talked to her and said she had called and said there was vandalizing in the street and screaming,” said Jenna Acklin, the child's mother.

Jenna Acklin recorded video of a confrontation with the neighbor and the neighbor's daughter, which went viral after she posted them online.

“My daughter was very shaken and I was angry,” Jenna Acklin said.

After the confrontation, neighbors have been adding to Mira's display with chalk art of their own.

Jenna Acklin said the show of support meant a lot to her family.

“I’m so glad that it has spread the way it has, and I hope that people chalk their own walls and driveways,” she said.