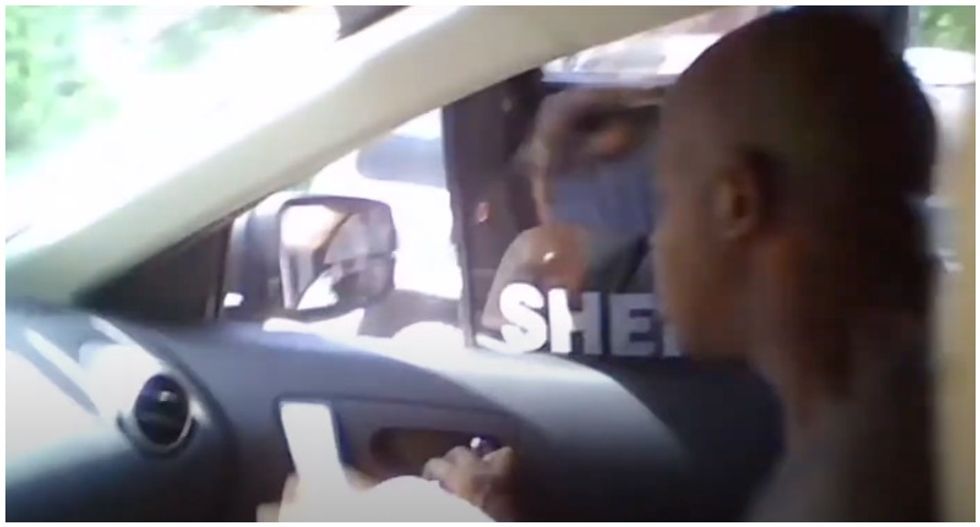 A 2014 police shooting in Florida in getting renewed attention after the release of new video of the incident. According to police at the time, the fatal shooting of an unarmed black man was justified because he ignored repeated comments to put his hands up.

But as the Tampa Bay Times points out, the newly released video contradicts that claim, showing police open fire with seemingly little provocation.

"The video, as well as court documents in a civil case, depicts a small-scale drug bust turning violent in an instant. It shows an undercover deputy coaxing the man, Jerry Dwight Brown, into the officer’s car. Then other deputies surround the car to arrest Brown," the Times reports. "Seconds later, the deputies fired four shots. Three of them hit Brown, including one in the back."

When the Sheriff’s Office the Times had obtained the video and were going to publish it, Lindsay Moore, the office’s general counsel, said the “video portions depicting the death of Mr. Brown are clearly confidential and exempt from public disclosure.” Moore said publishing the video would be “in violation of the law.”