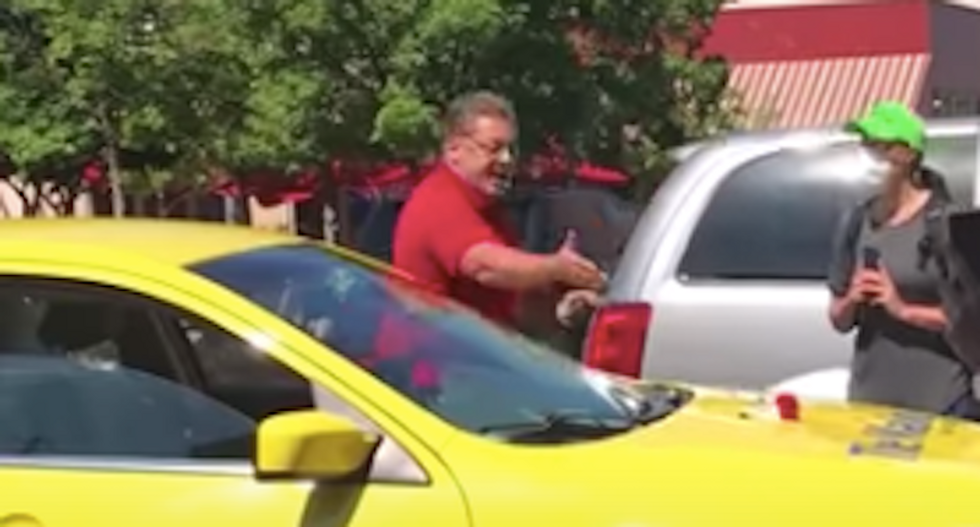 A viral video showed a driver plow slowly into a crowd of Black Lives Matter protesters in Oregon -- and that driver was allegedly a neighboring city's mayor.

Medford police have opened an investigation into allegations that Chris Luz, mayor of nearby Phoenix, drove his car steadily into a group of protesters June 6 and struck a woman who stopped to hold up a sign, reported the Washington Post.

“The city of Phoenix cannot ignore that the mayor is in fact a criminal. There is absolutely no excuse for the actions that you took that day, Chris,” said that protester, Mikala Johnston, during a commission meeting Monday that was chaired by Luz. “Chris, you assaulted me.”

Johnston told City Council members the crowd was peaceful during the march earlier this month, and police blocked traffic to keep demonstrators safe.

“We were not causing any harm," Johnston said. "Any logical driver would have thought to wait for those couple hundred marchers to walk on by. However, Chris decided to take a different approach.”

She said a yellow car, which was allegedly driven by Luz, accelerated toward protesters as they turned onto a main street, and Johnston said she stopped and held up her sign to show the driver why they were marching.

“He then proceeds to drive his car right past me, hitting me with the front left of his vehicle and again with the side view mirror,” Johnston alleged, which is backed by video evidence. “I couldn’t believe this man would avoid slightly turning his wheel to not hit me. He then proceeded to try to drive through a crowd of peaceful protesters.”

Luz did not respond to her claims during the meeting, where armed militia members showed up outside, but briefly shook his head as Johnston spoke.

“I have it all on video," she said, "stop shaking your head.”

Video shows protesters surrounding the car after it strikes Johnston, and the driver gets out and begs to be allowed to pass through.

Johnston said she'd lost confidence in the mayor's leadership, and one council member called on him to resign immediately.

“I can’t believe the actions that you took, nudging teenagers with your car, intimidating, and threatening them for expressing their opinions,” said council member Sarah Westover. “I think this is unacceptable behavior, and I want to call on the mayor to resign tonight.”