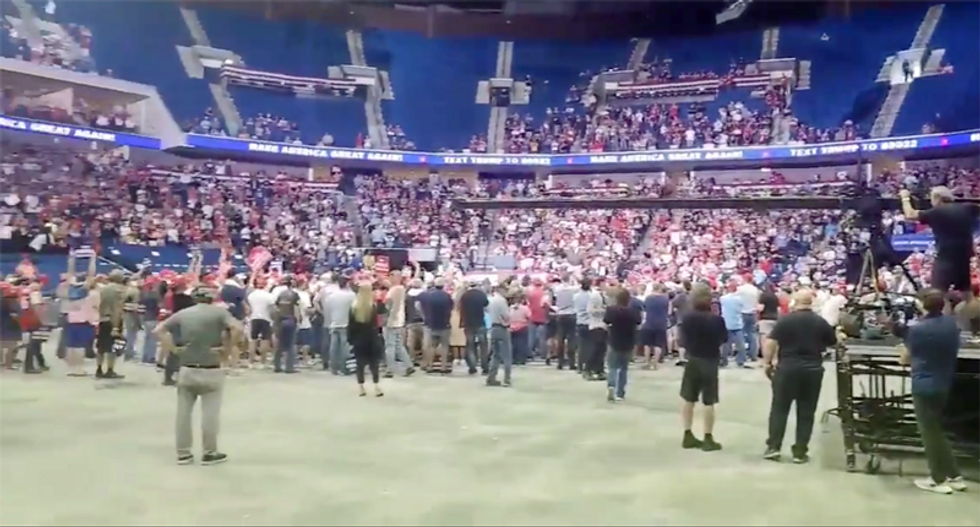 President Donald Trump and VP Mike Pence scrapped plans to address an overflow crowd outside his Tulsa rally after lower-than-expected turnout at his Tulsa rally on Saturday.

Trump's campaign claimed that over 1,000,000 supporters had signed up for the event.

Here's some of what people were saying about the small turnout:

As others are reporting, looks like attendance here in Tulsa is well below campaign's expectations. Here's the main… https://t.co/8n2FLS0mEb
— Steadman™ (@Steadman™)1592691326.0

Damn, at least allowing the protestors in would’ve given the appearence of a larger turnout lol https://t.co/pPEcfeqS6C
— David Doel (@David Doel)1592693004.0

Trump has been looking forward to this for weeks. And aides have been promising him a blowout. https://t.co/uTO8wQIdYq
— Maggie Haberman (@Maggie Haberman)1592697217.0

A whole lot of empty seats. Certainly not since he’s been president has there been one this empty by the time the V… https://t.co/DRcoPPmjrL
— Maggie Haberman (@Maggie Haberman)1592696867.0