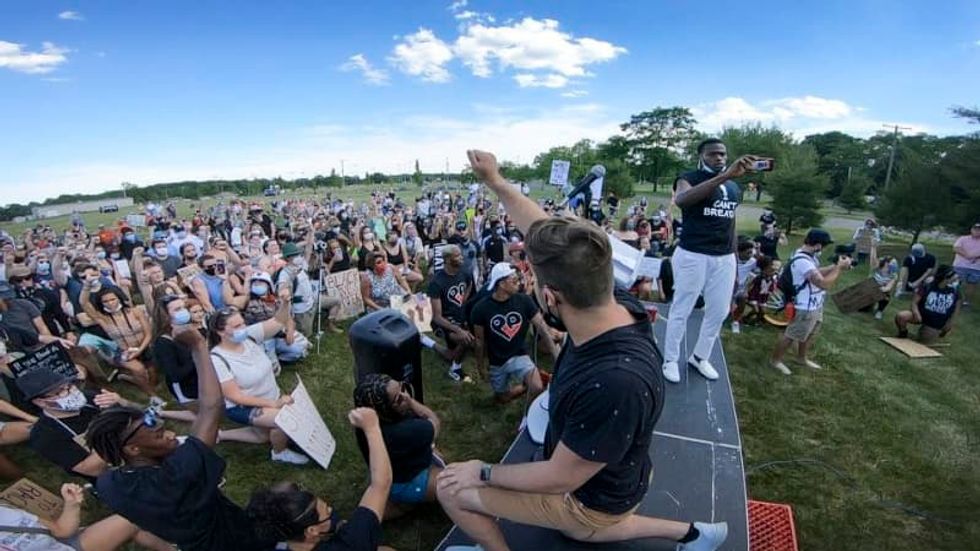 Speaking to a large crowd of protestors on Friday, Wall Police Chief Kenneth Brown tried to win over critics of his department’s treatment of Black residents and even its own employees, who have complained of harassment and in some cases sued the department, sometimes with costly results for taxpayers.But many of the 500 or so black and white protestors attending an anti-police brutality rally at the Wall Township Municipal Complex would not have it.“I want everyone to know that the WTPD condemns racism, profiling and police brutality,” Brown read aloud from a prepared statement.“That’s a lie!...