'Trapped and defensive': Trump aides reportedly warned he's on a 'path to defeat' — but it didn't go well 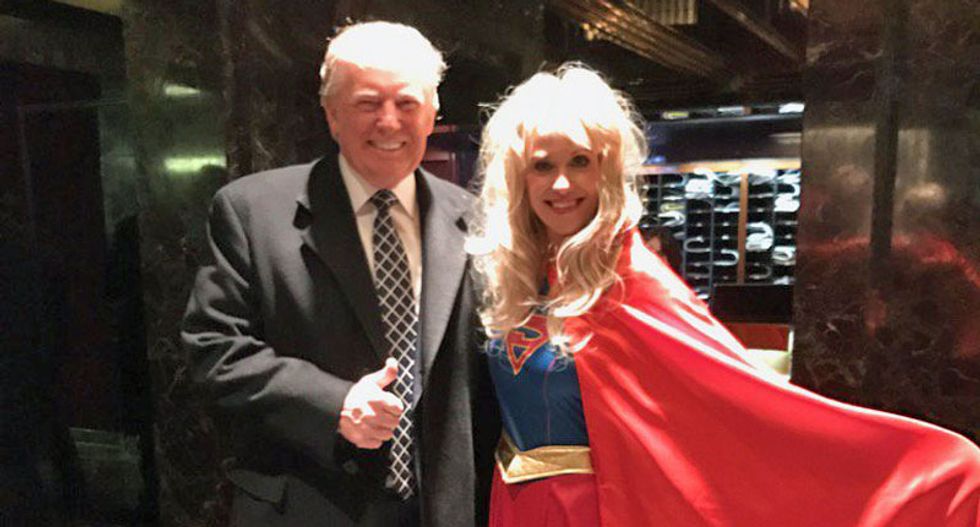 A report by the New York Times on Wednesday found that President Donald Trump's aides have been trying to warn him that the polls portend poorly for his chances in 2020.

But according to reporters Maggie Haberman and Annie Karni, the president was "impatient" and didn't handle the news well:

In a recent meeting with his top political advisers, President Trump was impatient as they warned him that he was on a path to defeat in November if he continued his incendiary behavior in public and on Twitter.

Days earlier, Mr. Trump had sparked alarm by responding to protests over police brutality with a threat that “when the looting starts, the shooting starts.”

Mr. Trump pushed back against his aides. “I have to be myself,” he replied, according to three people familiar with the meeting. A few hours later, he posted on Twitter a letter from his former personal lawyer describing some of the protesters as “terrorists.”

Some of his aides were so despondent in response that they suggested to the Times that Trump may not even want a second term — that he's trying to sabotage himself.

Trump "is acting trapped and defensive, and his self-destructive behavior has been so out of step for an incumbent in an election year that many advisers wonder if he is truly interested in serving a second term."

This seems exceedingly unlikely, given everything we know about the president. It's clear he doesn't want to be seen as a loser. The problem is, from all appearances, that he has no idea how to lead in a moment like this one as he flails from one crisis to the next. And since he has no real agenda for a second term, he doesn't have a clear sense of how to run a positive campaign.

And the election news is really bad for Trump. Recent public polls have shown Trump down by double digits in the national vote and even some swing states against Biden. Even assuming some systematic bias in the polls against Trump and that he could improve his standing in the coming months, it will be hard for him to pull off a victory in November.

But if he loses, it's likely not because he wasn't trying. It will be because he can't do the job.