Trump acting like an 'idiot' and 'actively working against the health of the American people': MSNBC's Mika 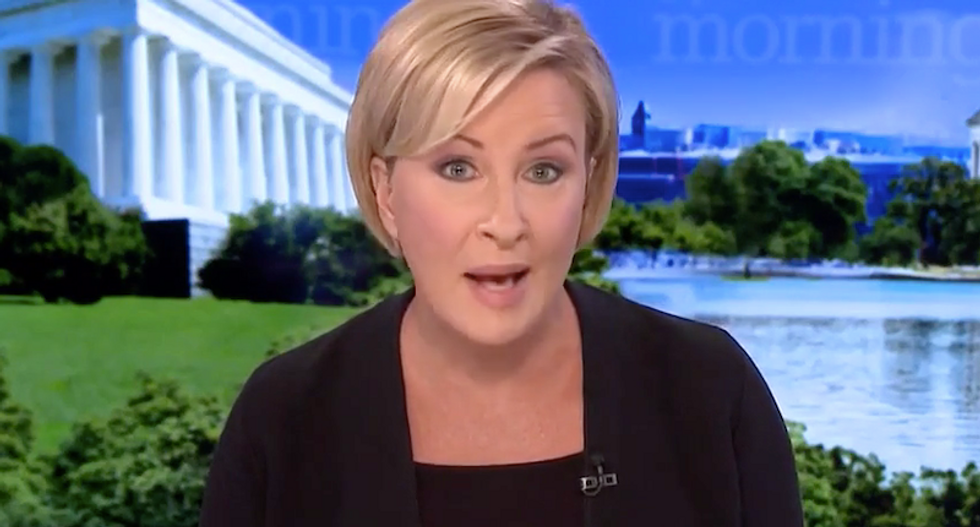 MSNBC's Mika Brzezinski blasted President Donald Trump for acting like an "idiot" and setting a horrible example during the coronavirus pandemic.

The "Morning Joe" co-host said the president had neglected his duties throughout the public health crisis and needlessly politicized safety measures that can be easily taken by anyone to help prevent the virus from spreading.

"Same with testing," she added. "He keeps saying if we test more, we'll have more cases. Yes, idiot, we want to know where the virus is and where it isn't so we can protect people. Had we had testing in place, maybe at this point we'd be at mass testing. Maybe there'd be testing before people go into concerts and rallies so that we could make sure that these arenas and these public venues are safe, so that we could make sure that this economy could reopen."

Brzezinski said the evidence was clear, and the president had bungled the response over and over, costing thousands of lives and causing economic devastation.

"Again and again and again the president works against himself and the health of the American people and continues to botch this," she said. "That's what we're seeing happening. This is not me, you know, having a slant on it -- this is the reality. Look at the science, talk to your doctor, talk to scientists you trust and tell me that what I've said isn't exactly the case in terms of the example he's setting as a leader to try and keep this country safe."