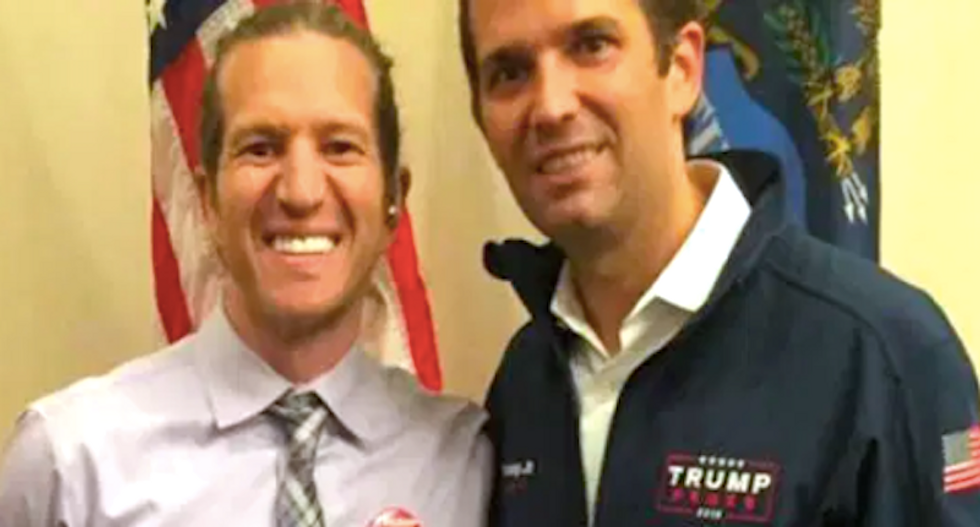 An Omaha bar owner who allegedly killed a black protester has a lengthy criminal record.

Jake Gardner was arrested in the fatal shooting of 22-year-old James Scurlock in a confrontation as police brutality protests raged across the nation in response to the death of George Floyd in Minneapolis, reported The Daily Beast.

The 38-year-old Gardner, who owns The Hive and The Gatsby, had previously been arrested at least four times.

He was charged with assault and battery in 2013, and he was also charged in that case with failing to tell an officer he had a gun, but the weapons charge was dismissed in a plea deal that resulted in him paying a $200 fine.

The ex-Marine and supporter of President Donald Trump was charged in 2011 with reckless driving and carrying a concealed weapon, which was downgraded to disturbing the peace in another plea deal that carried a $200 fine.

Gardner was arrested in 1998 and 1999 for reckless driving and third-degree assault, and he also racked up numerous traffic citations.

The bar owner was taken into custody late Saturday but was not booked, and Omaha police said prosecutors would determine whether to charge him in Scurlock's killing.

Gardner and his bars have been magnets for controversy, including his 2016 Facebook post demanding that transgender women undergo sex reassignment surgery before using women's restrooms at his establishments.

He posted a photo of himself and Donald Trump Jr. in 2017, boasting that the president's son returned his emails "100 percent of the time, every time."

Social media users have complained that The Hive discriminated against black patrons, and one woman said Gardner had personally refused entry to her black husband while letting her white brother enter.

The State Liquor Authority issued Gardner a warning last year after he failed to cooperate with a police investigation of a possible assault at The Hive, which is themed around the band 311 -- which denounced his actions.

“Our hearts are breaking for a young man named James Scurlock who was killed protesting last night in our hometown of Omaha following the brutal death of George Floyd,” the band stated on its Instagram page. “James was killed by a longtime fan of 311. We do not stand for bigotry or prejudice of any kind and denounce these senseless killings and those responsible. Peace, Love Unity and Respect. Let’s keep it that way. This hatred needs to stop and we need to stand up and work together to end it.”