Trump’s campaign manager did not vote for him over Hillary Clinton: report 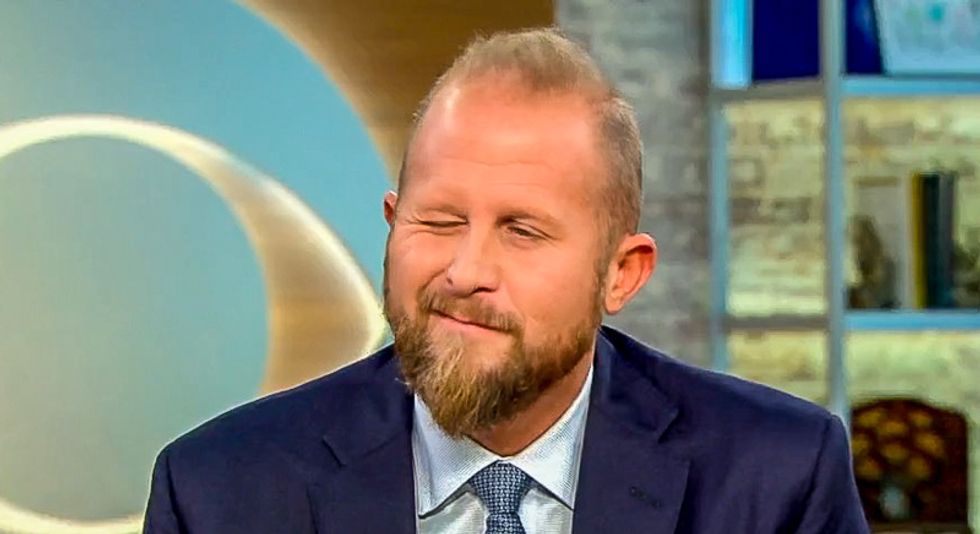 On Friday, CBS News reported that Brad Parscale, the 2016 Trump campaign social media director and the head of the 2020 Trump campaign, did not actually vote for Trump in 2016.

"Brad Parscale, Donald Trump's campaign manager, did not vote for President Trump in 2016. In fact, he didn't vote in the general election at all, according to election records obtained by CBS News," reported Arden Farhi, Nicole Sganga, Sara Cook, and Eleanor Watson. "Bexar County, Texas Election Department documents show Parscale, then a San Antonio resident, voted in the 2016 primary but not in the general election. He did cast a ballot in the 2012 and 2018 federal elections. And his 2018 vote was submitted by mail."

Asked for comment, Parscale blamed the lapse on mail-in voting — which Trump has repeatedly and baselessly said is responsible for widespread fraud.

"In 2016, I was in New York working to elect Donald Trump and encountered a series of problems receiving my absentee ballot from Texas and missed the deadline," said Parscale. "Just further proof that vote-by-mail is not the flawless solution Democrats and the media pretend it is."

Parscale's tenure on the campaign has become increasingly contentious, with Trump growing frustrated with him over his poor polling and recent news reports suggesting he is buying luxury cars and yachts as he works on Trump's re-election.