US Marshals arrest suspect in Louisiana in Detroit protest shooting 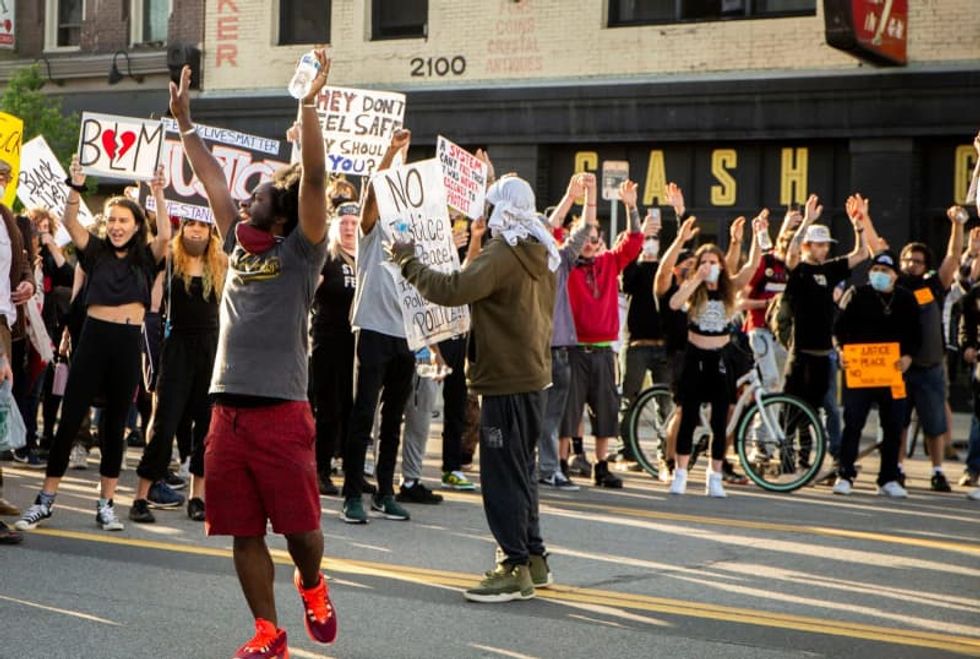 DETROIT — A 19-year-old Detroit man facing murder and gun charges in the shooting of a man during the first night of protesting in Detroit has been arrested in Louisiana by the U.S. Marshals Service.Tyjon Hites is charged with first-degree premeditated murder and felony firearm in the death of an Eastpointe man, Javar Harrell.Harrell was gunned down in downtown Detroit at about 11:30 p.m. May 29 amid the first night of the recent police brutality-related protests in Detroit, and police initially reported that someone had shot into the crowd.But further investigation led authorities to believe ...