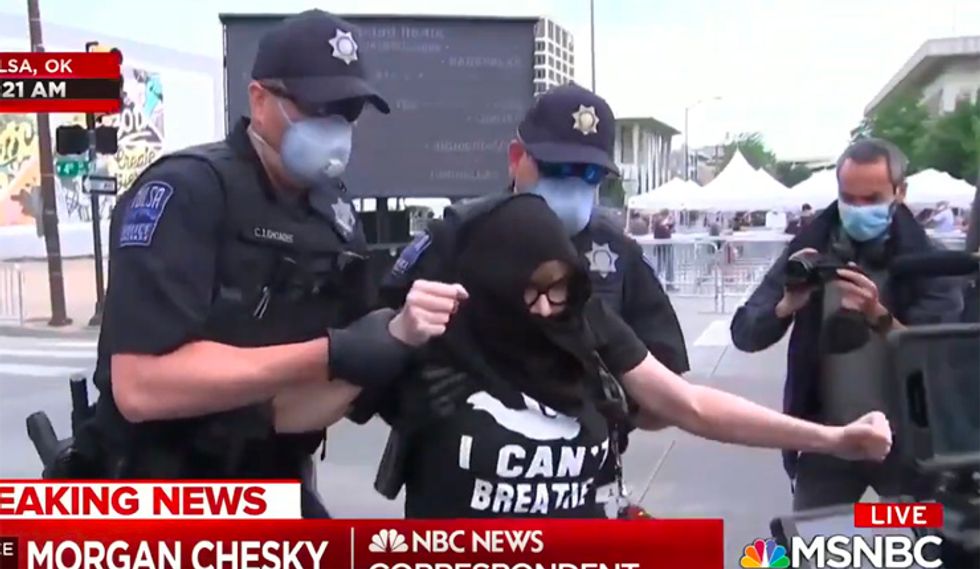 On Saturday, with hours to go before President Donald Trump is set to take the stage at a campaign rally in Tulsa, Oklahoma, footage emerged of a Black Lives Matter protester being arrested by police, despite her protests that she has a ticket to the event.

The video shows the protester, Sheila Buck, wearing an "I Can't Breathe" shirt, sitting on the pavement and arguing as police officers and what appears to be an event official surround her.

"It's a private event," they responded.

"I have tickets to your private event," said Buck. "I've been invited and have a ticket."

"Yeah, well, my job with the campaign is to officially uninvite you," said the event official.

Shortly after this interaction, Buck was forced to her feet and arrested.

MSNBC later reported that her "I Can't Breathe" t-shirt led to her being removed.