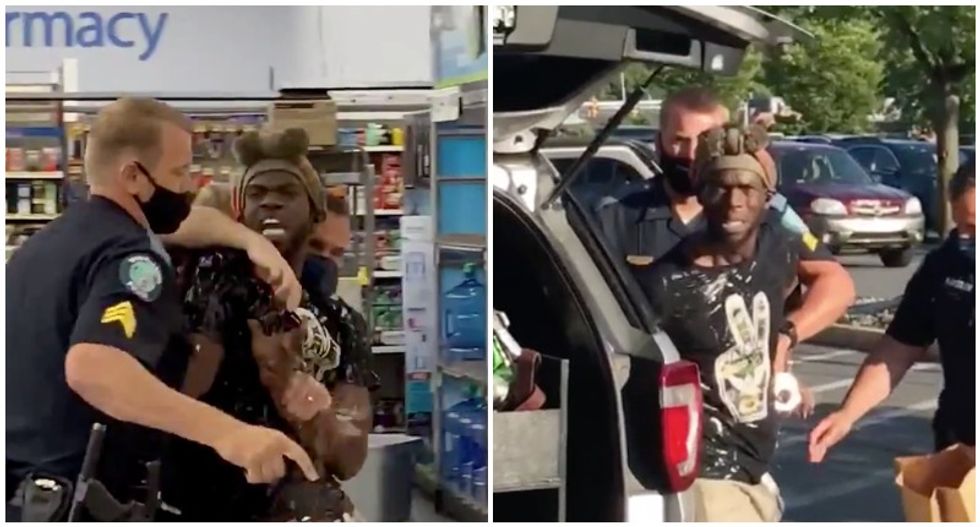 Video shows a Black shopper in a Pennsylvania Walmart being hogtied and tased by police reportedly after he bought a bicycle for his son, TooFab.com reports.

The man, identified as Stanley, can be seen in the footage being tackled to the ground by cops inside the store, despite pointing out to them that he had a receipt.

"Why are you doing this to me? I paid for my stuff! I have a receipt! Please stop! I didn't do anything wrong!" the man shouts.

"You didn't have to do this!" he continues. "Somebody please tell me why these cops are doing this to me."

Witnesses say Stanley tested the bike by riding it in the store aisle, but his actions didn't bother anyone.

"The kind man was test riding a bike through the store while playing some music and telling random strangers he hopes they have a great day and complimenting them," the witness wrote. "He was absolutely no bother to anyone."

The officers reportedly accosted Stanley while he was at the register paying for the bike.

"Tell me why a man who was ABOUT TO LEAVE THE STORE had to go through all of this at CHECKOUT. If he was bothering people (which he wasn't) they should have dealt with the situation more reasonably," the witness added. "They could have made him leave or kicked him out. There was NO NEED TO TACKLE AND TAZE THIS INNOCENT MAN. AS HE WAS LEAVING."

Another video shows the man outside the store continuing to claim his innocence. Finally, an officer tells him he's being arrested for disorderly conduct. After a brief struggle, an officer brings out a leather belt, hogtying Stanley's legs before putting him in the car.

Watch three separate videos of the incident below: