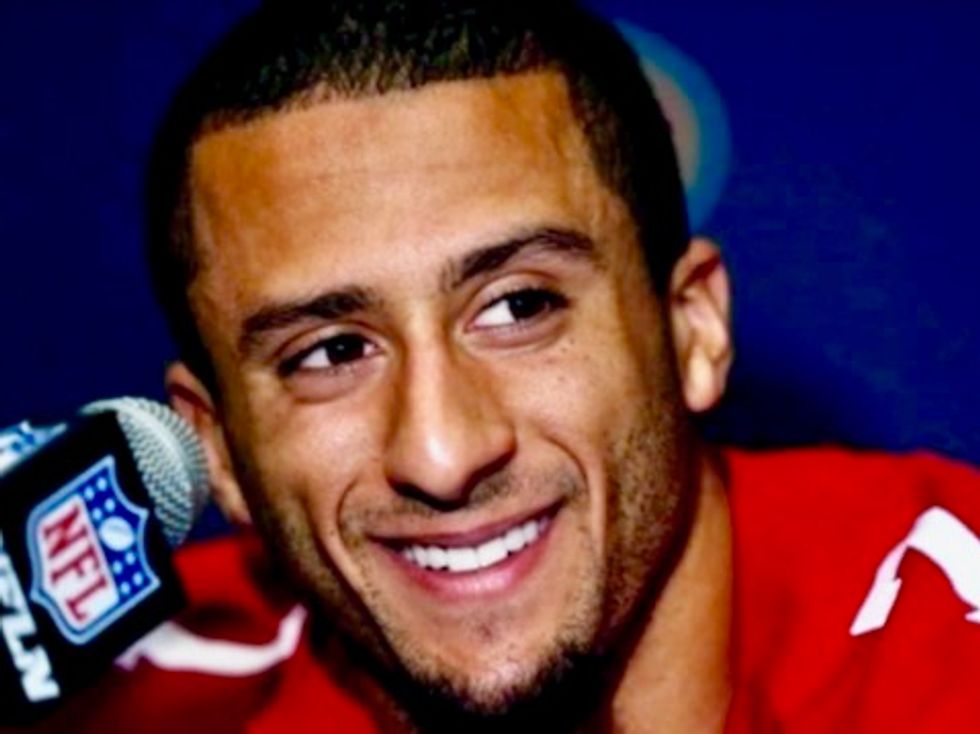 Former NFL player Colin Kaepernick will partner with Disney for a series of programs "from the perspective of black and brown communities" including a docuseries on his own life, the company said Monday.

The deal with Kaepernick -- who launched kneeling protests during US national anthems to protest against police brutality and racial injustice -- will span Disney platforms including ESPN, Hulu and Pixar.

It will feature scripted and unscripted shows, including "an exclusive docuseries chronicling Kaepernick's journey" with unseen footage from the past five years, a Disney statement said.

Kaepernick has not played in the NFL since the 2016 season after starting his protest movement.

But the May death of unarmed black man George Floyd in police custody in Minnesota sparked global protests over police brutality and brought the Black Lives Matter movement into higher profile as Kaepernick had sought.

In the statement, Kaepernick said he aimed to "elevate Black and Brown directors, creators, storytellers, and producers, and to inspire the youth with compelling and authentic perspectives."

The deal follows a separate, scripted six-part drama announced by Netflix last week, which will focus on Kaepernick's high school years and be narrated by the former NFL star.

Kaepernick played six seasons for San Francisco, leading the 49ers to the 2013 Super Bowl, where they lost to Baltimore. After a coaching change for the team, Kaepernick opted out of his contract in March 2017 but has remained unsigned since then.

In September 2017, US President Donald Trump intensified the controversy over the kneeling protest, calling anyone kneeling during the anthem "sons of bitches."